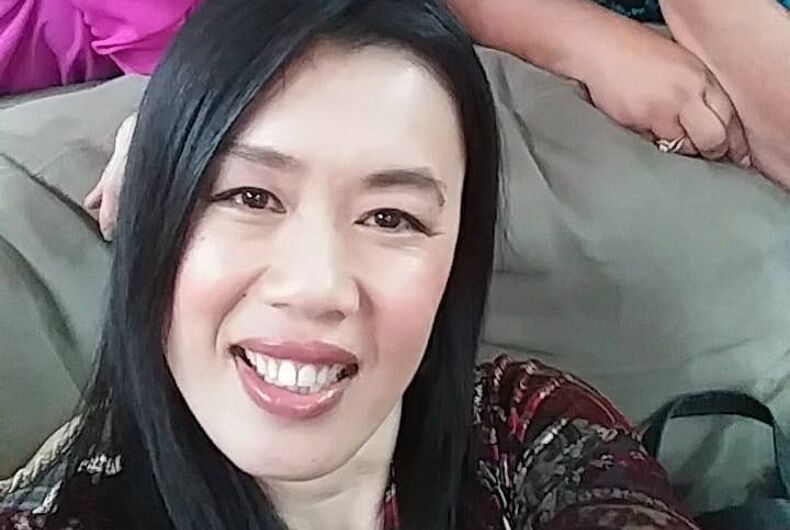 There’s never been a shortage of crazy “cures” floating around the internet. Most recently, one woman claimed that veganism had cured her late-stage breast cancer, while God had also cured her of her lesbianism. She’s dead, of course.

But for sheer nuttiness, Jillian Mai Thi Epperly’s “cure” deserves special attention. Epperly believes that her special brew of fermented cabbage juice can solve practically any health problem, from cancer to aging. It can reverse vasectomies and regrow amputated limbs.

It can also “cure” homosexuality.

“Is our society ready to accept that gay lesbian and transgender is a mutation of the human body,” she wrote in one Facebook post. “I love all of my gay friends and I want them to live a very long time and they can still love the people in their life but if they do my protocol their biochemistry will change.”

In fact, Epperly sees being gay as a “mutation.” “[W]e have to raise the questions because if we don’t we will accept all other mutations and I want people to wake up to the manipulations of humanity,” she said in her post.

“[M]utations come in all different shapes and sizes and they effect [sic] all different body parts and in my belief system we need not to accept these mutations because I truly believe that your quality of life and longevity of life is Paramount trumping all political ideologies.”

Epperly told BuzzFeed that she wasn’t out to change gay people per se, but it was a side effect of her fermented cabbage juice (nicknamed Jilly juice).

All of which would be laughable if Epperly didn’t have thousands of followers. And as if the story couldn’t get any more bizarre, there’s an added twist: the followers post pictures of their bowel movements to show how well Epperly’s “protocol” is working.

“We’re in a poop cult,” Epperly joked in one video. She believes that the juice, which not surprisingly causes a “waterfall” of diarrhea, expels “worms” and “parasites” that are poisoning the body.

Unfortunately, Epperly’s fans willingly swallow her line about homosexuality, because they are convinced that “manipulators” are running our lives. In repsonse to her post, one mother wrote she was sure her son was gay because she fed him soy milk as an infant. Another wondered if vaccines played a role, and yet another complained about the “transgender agenda going out of control.”

An anti-Epperly movement has sprung up to shut down Epperly down. Facebook refused to stop her from posting because she didn’t violate any of its rules. Opponents have filed complaints with the Ohio Attorney General and state medical board, since Epperly lives in that state.

The movement finally forced Epperly to put her Facebook group on lockdown and get rid of members she suspected were trolls. But she’s undeterred.  She’s started a new website, where for only $30 a year or $5 a month members can continue to enjoy the poop cult.