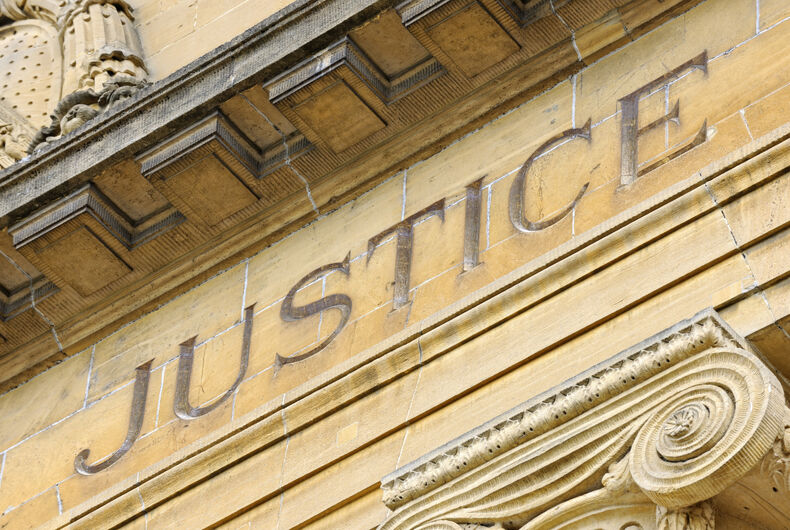 Two court victories for transgender employees are standing in contrast to the Trump administration’s attacks against LGBTQ people.

One, from a federal appeals court in Cincinnati on March 7, ruled in favor of Michigan funeral director Aimee Stephens who was fired after telling her boss she planned to transition from female to male.

Another, from an Idaho federal district court on March 6, ruled that state officials must accept applications from trans people to change the gender marker listed on their birth certificates.

Add to them the Zarda ruling from Feb. 26, and the legal momentum is all the more apparent. In Zarda v. Altitude Express, a federal appeals court ruled that a gay man who came out to a client should not have been fired by his employer.

In contrast, Trump has made consistent attacks against LGBTQ people, particularly transgender people. He may chide his attorney general on Twitter, but Jeff Sessions and the Department of Justice have piled on Trump’s anti-transgender bandwagon. The department had rescinded a policy that protected transgender workers under Title VII, and two of Trump’s judicial nominees, Kyle Duncan and Thomas Farr, have track records of opposing LGBTQ rights.

Related: 45 times Trump attacked the LGBT community in his first year in the White House

The Department of Justice had also aligned itself with the Alliance for Defending Freedom, a designated anti-LGTBQ hate group, which defended Harris Funeral Homes in today’s ruling.

In the most recent case, the funeral-home owner, Thomas Rost, claimed that keeping Stephens on staff violated his sincerely held religious beliefs. Rost had said God called him to minister to grieving people, and that he would be violating God’s commandments to employ Stephens.

But the federal appeals court disagreed. “Tolerating Stephens’ understanding of her sex and gender identity is not tantamount to supporting it,” the appeals court ruled.

The American Civil Liberties Union argued the case for Stephens, who said she was pleased with the decision.

“I pursued this case because no one should be fired from their job just for being who they are,” Stephens said. “I’m thrilled with the court’s decision.”

The Idaho case, on birth certificates, strikes at Idaho and the remaining states that do not allow transgender individuals to change gender markers on their birth certificates. Forty-six states and the District of Columbia do, but Ohio, Tennessee, Kansas and Puerto Rico do not.

“The Court understood that the state’s ban against transgender people correcting their birth certificates was archaic, unjust, and discriminatory,” Lambda Legal Senior Attorney Peter Renn said. “It only makes sense. Essential identity documents should accurately reflect who you are, and the court recognized that the government cannot rob transgender people of this basic tool to navigate through life.”

Lambda Legal notes that in the 2015 U.S. Transgender Survey, almost one-third of transgender individuals were harassed, denied benefits, discriminated against or assaulted when they showed an identity document with a name or gender marker that conflicted with their perceived gender.

On Tuesday, a coalition of groups rallied at the U.S. Supreme Court to oppose Trump’s judicial nominations. Their presence there could be foreshadowing, for the stage may be set for a transgender case to move to the court.

Yet, again, maybe not. The court ruled in late February that it would not hear Trump’s appeal to end the Deferred Action for Childhood Arrivals program, thus sparing “the dreamers” for a year or more.

With legal momentum gathering in favor of LGBTQ people, the court may or may not choose to weigh in.