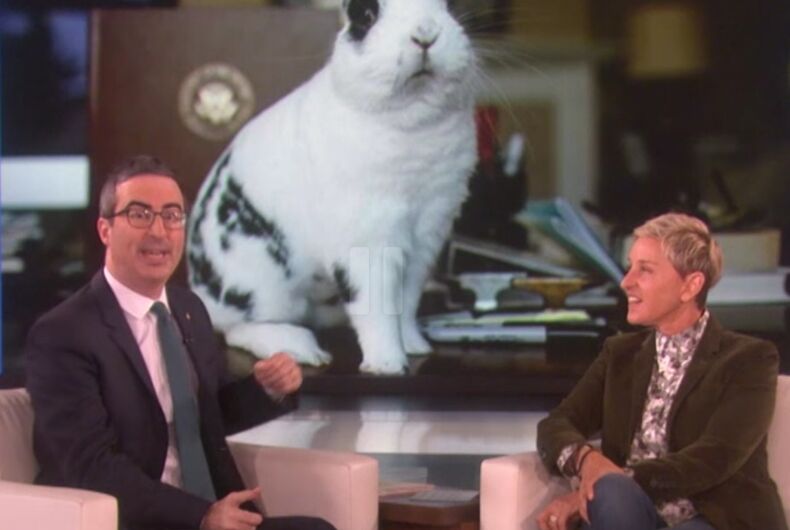 Ellen had Oliver on her show to promote the book.

Ellen pointed out that Oliver’s book is beating Pence’s book on Amazon. Oliver said that they’re already out of books because he didn’t think so many people would buy it – but more copies are already being printed.

He said that one of the reasons he worked on the book is because he wanted something to read to his son that “paints the world in the light that you want it to be rather than the way it’s currently being painted.”