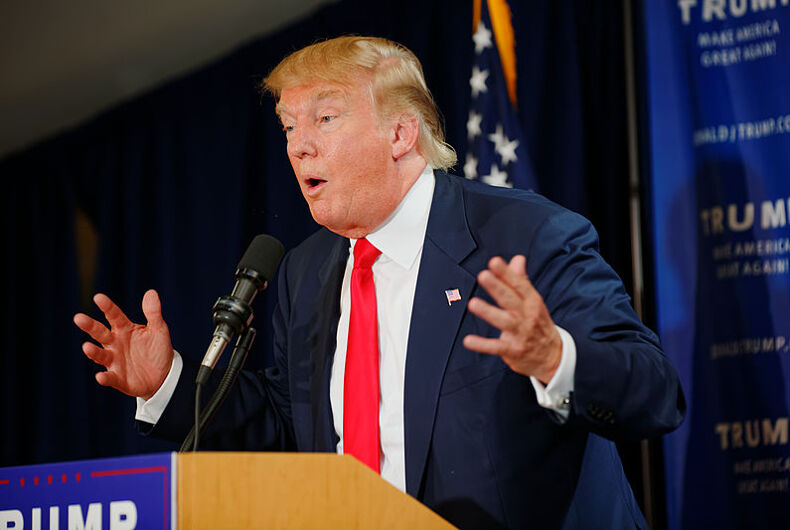 Assuming he’s not indicted before he finishes his first term in office, Donald Trump is all but certain to seek the Republican presidential nomination in 2020. His ego practically demands it, since anything less would be admitting failure.

In 2016, Republicans had a pretty deep bench, consisting of five former governors, four sitting governors, one former and three sitting senators, a former Silicone Valley CEO, and a brain surgeon. Somehow, they were all bested by a reality television star who’d never before been elected so much as dog catcher; and had trouble governing himself, let alone a country.

Someone will inevitably rise to challenge Trump in 2020, if Trumpism hasn’t metastasized to the entire GOP by then. While it’s debatable that 2020 will produce a better field of candidates, LGBT Americans can at least hope for a few GOP candidates who are friendlier to LGBT issues than Trump has turned out to be.

Here are five Republicans we’d like to see challenge Trump in the primaries.

Ohio Sen. Rob Portman made headlines in 2013, when he became the one of the first Republican lawmakers to come out in support of same-sex marriage after his son came out as gay. What’s more, Portman managed to hold on to his Senate seat in 2016 despite being targeted for defeat by the National Organization for Marriage, and distancing himself from Trump.

On the downside, Portman isn’t quite so great on other issues important to many LGBT Americans. He has a 0 percent rating from the National Abortion Rights Action League, received an “A” from the National Rifle Association, and voted to repeal the Affordable Care Act.

Maine senator Susan Collins announced her support for same-sex marriage in 2014, and won a fourth term later that year. She’s been endorsed four times by the Human Rights Campaign, and is a cosponsor of the Employment Non-Discrimination Act.

In 2013, former New Jersey governor Christine Todd Whitman joined other prominent conservatives in signing a legal brief in support of same-sex marriage. Whitman, a longtime critic of her party’s rightward lurch, also called out 2012 GOP nominee Mitt Romney for failing to stand up to a GOP debate audience for booing a gay soldier.

Whitman, however, endorsed Ohio governor John Kasich for president in 2012. Kasich is far from moderate on LGBT issues.

Former Utah governor and 2012 presidential candidate Jon Huntsman announced his support for same-sex marriage in a 2013 op-ed in The American Conservative. Just prior to his 2012 launch, Huntsman’s campaign sought to set him apart from the GOP field by casting him as an LGBT-friendly candidate.

Huntsman’s 2012 bid, however, was short lived. Huntsman withdrew from the race in 2012, and endorsed anti-LGBT front runner Mitt Romney.

Florida Rep. Ileana Ros Lehtinen, who has a transgender son, announced she won’t run for re-election this year. During her tenure in Congress, Ros Lehtinen has often broken with her party’s stance on LGBT issues.

It’s anybody’s guess whether any of these Republicans will run, but any of them could potentially move the Republican field towards more support for LGBT equality.