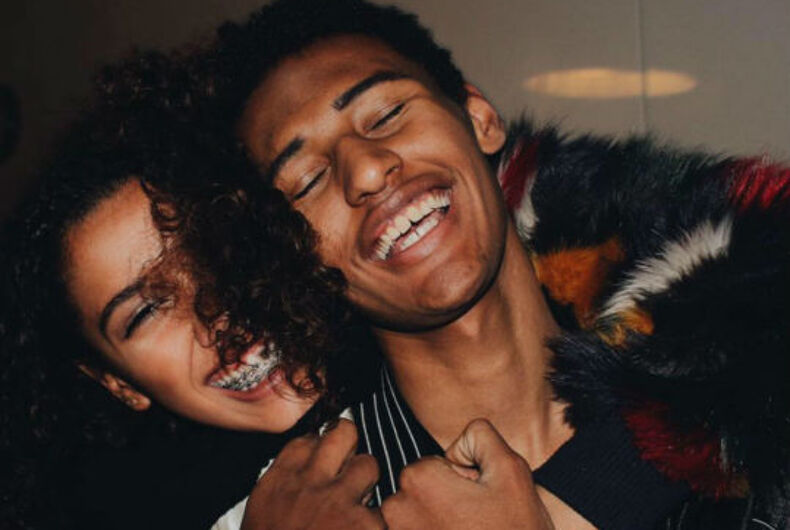 The body of Orlando Boldewijn was found on Monday evening, nine days after the teen disappeared.

Orlando, 17, was from Rotterdam but was last seen on February 17 after a hook-up in The Hague.

He met a 20-year-old man on Grindr, who told police that he dropped Orlando off afterwards on Böttgerwater Street in The Hague and that he thought Orlando was going home to Rotterdam. The age of consent is 16 in the Netherlands.

Noha den Hartog, a close friend of Orlando, said that she didn’t know about this hook-up. She said that Orlando usually told her where he was going.

“Orlando told his mother he was with me,” she said. “He often did that, but usually he always told me where he was. This time he didn’t.”

Orlando’s mother received a text message from the boy’s phone just after midnight saying that he was going home, but his family and friends doubt he sent the message because it was not how he usually writes.

“Usually he shortens lots of words, but in that message he didn’t do it once,” Noha said.

The next day, his family reported him missing. Family and friends said that it was unusual for him to miss work and school, and they grew more worried when there was no activity on his phone and bank accounts for the next week.

On February 25 the police put out a missing child alert. Divers found Orlando’s body in a canal off of Böttgerwater Street the next day.

Police do not know how his body ended up in the water, and an autopsy has been scheduled.

Family and friends have been critical of the amount of time it took police a week to put out a missing child report, which is less serious than an Amber Alert. A missing child report is sent out when there is no reason to believe that the missing person is in danger.

Related: Why did it take the disappearance of a white man for the arrest of alleged gay serial killer?

“A week, #OrlandoBoldewijn has been missing for a week and it is only now that an alert is coming out and the media is paying attention,” a friend posted on Twitter the day the missing child report was sent out.

Jasper van der Kemp, a criminologist at the Free University of Amsterdam, said that missing child reports are rare so that people pay attention to them when they do come out.

“If you use it too often, people react less, but now it is used so little that you can ask yourself whether that is good,” he told RTL Nieuws.