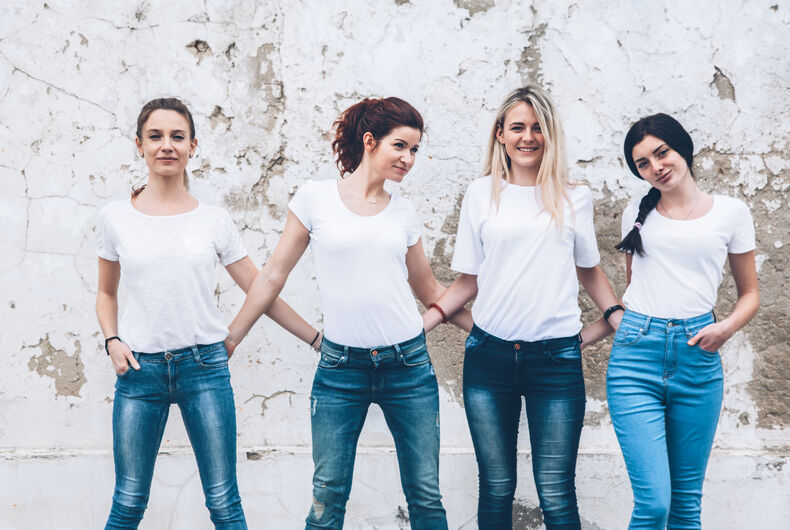 The religious right’s need for validation and public displays of loyalty truly knows no bounds.

For the 15th year, the Liberty Counsel is promoting their “Day of Purity.” You likely know it by it’s more popular name: Valentine’s Day.

The group says the purpose of asking students to wear white on that day is to “promote purity and respect.”

“It encourages and celebrates young people who choose to save sexual intimacy for marriage,” they claim. “Students are encouraged to wear white on February 14th to help promote abstinence and inspire young people to look past casual sex to lifetime intimacy.”

Nothing says “purity” like a public display of virginity. For a group that wants to discourage sex between unmarried individuals, asking teenagers to advertise whether or not they are sexually active seems like an awful idea.

“While Hollywood may encourage sexuality activity outside marriage, the #MeToo movement is just one of the devastating consequences of a selfish and overly sexualized culture,” they say.

“In today’s culture, young people are bombarded with messages encouraging them to become sexually active at a young age and to experiment with their sexual preferences. When they stand up for sexual purity, they send a message to parents, churches, communities, legislators and the media that they want a different world,” Liberty Counsel’s director of communications, Holly Meade, said in an emailed press release.

“The Day of Purity… is an opportunity they have to take a stand for self-respect and publicly communicate they will not be dictated by Hollywood’s mirage. And as they make this pledge for purity, they can drastically change the statistics of teenage pregnancy and sexually transmitted diseases.”

In reality, abstinence-only education that ignores the reality that teenagers have sex and increases the chances that an uneducated – but sexually active – young person will catch a sexually-transmitted infection or become pregnant.

Could Bermuda face a boycott after becoming the first country to revoke marriage equality?