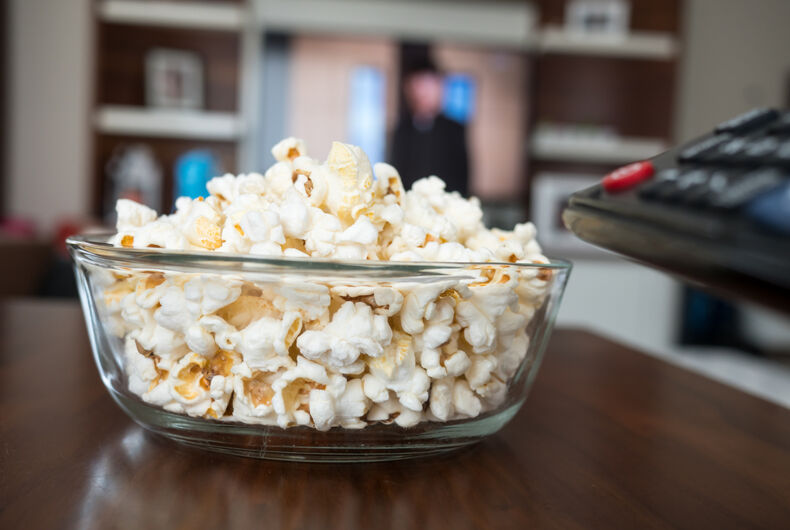 With Black History Month upon us–not to mention Oscar season–it is a good time to take a look at some of the great documentaries on the black, queer experience. Long overlooked by mainstream America, recent years have given birth to a treasure trove of new films that uncover lost elements of black and queer history.

Bold, subversive and original, these five highlights of the genre make for captivating viewing any season, for any reason.

1. For the Bible Tells Me So

Religion and religious leaders have always played an important role in the African-American community. For the Bible Tells Me So examines the way different Christian communities have attacked gay people and their rights, and includes story of an African-American lesbian Tonia Poteat as one of its most potent—and frustrating—segments.

For the Bible Tells Me So streams on iTunes.

2. The Death and Life of Marsha P. Johnson

Transgender activist Marsha Johnson lived through and led some of the most important events in the history of gay rights, including the Stonewall Riots and AIDS crisis, only to turn up dead in the Hudson River under mysterious circumstances. This doc spotlights her spirit and achievements, and raises the suspicion she may have been murdered.

The Death and Life of Marsha P. Johnson streams on Netflix

James Baldwin is one of the great American writers. This documentary examines his life and work as a black, gay man full of righteous indignation. Samuel L. Jackson brings life and fury to the film as narrator.

I am Not Your Negro streams on YouTube, Amazon, iTunes and Vudu.

The seminal classic documentary about the drag ball scene in 1980s New York City remains a potent and moving tale almost 30 years later. Every queer person should see it.

Paris is Burning streams on Netflix.

Not enough people—gay, straight, black, white or anything else—know the name of Bayard Rustin, one of the great unsung heroes of the Civil Rights Movement. One of Martin Luther King, Jr.’s closest advisors, Rustin’s organizational skills and nonviolent protests helped shape the face of activism, until his openly-gay lifestyle became too much for 1950s and 60s America to handle.

Brother Outsider: The Life of Bayard Rustin streams on PBS.com.

LGBTQ History
"Brother Outsider", "I Am Not Your Negro", Bayard Rustin, Black History Month, Paris Is Burning, The Death and Life of Marsha P. Johnson