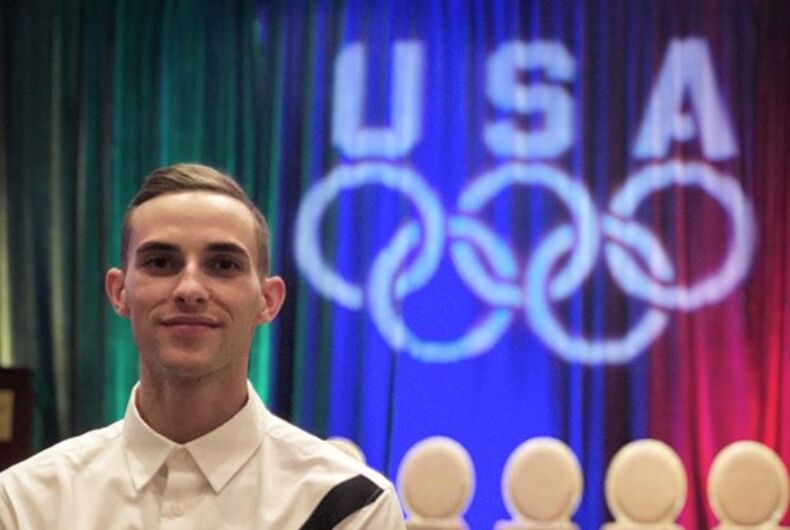 Out figure skater Adam Rippon did not walk away with a medal for his individual performance at the Olympics yesterday, but he won his fans’ hearts.

Yesterday, in the Men’s Single Skating event, he finished seventh in the Short Program and tenth in Free Skating. His combined score put him in tenth place.

After the event, the 28-year-old skater was asked if he would retire. “I think at first I need a five-minute break and a really stiff drink and then maybe, like a day or two off the ice, at least to dry out my costumes, and then we’ll see.”

I don't fully understand figure skating judging so I can't really speculate on the scoring but @Adaripp's performance was truly mesmerizing. You're #1 in our hearts, Adam! So proud of you and inspired by you.

.@Adaripp & @guskenworthy are the Olympic heroes gay boys everywhere have been waiting for. THANK YOU both for using the platform you had during the games and for standing up for us and standing so fiercely against that bigot. So proud.

I am so proud. @Adaripp was injured in a boot this time last year. He came out tonight and showed everyone hard work, determination and a touch of fabulosity will get you far. I love you so much and I'm so amazed by you.

And @Adaripp absolutely kills it AGAIN in his last performance at #PyeongChang2018 ! pic.twitter.com/by2aTKfk5s

Adam Rippon will not medal, but it's safe to say he's the winner of the Olympics

Rippon will be going home with a bronze medal for the team figure skating event.