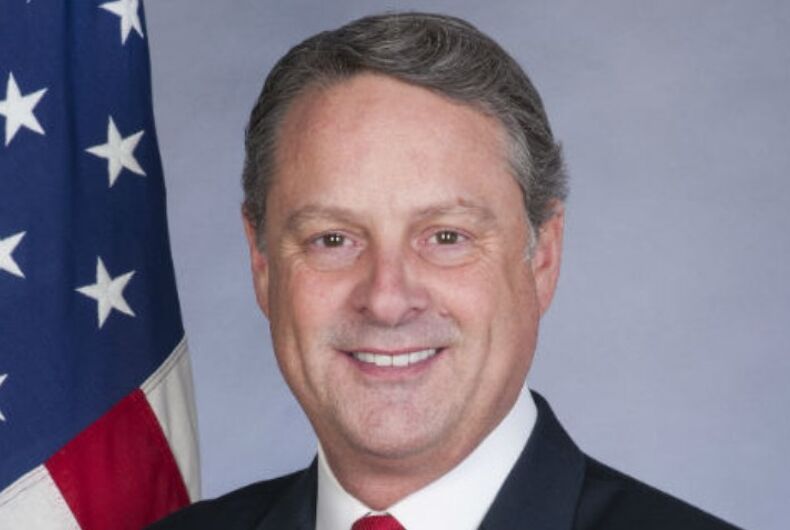 U.S. Ambassador to Panama John Feeley has resigned, saying he can no longer serve under President Trump in good faith.

The announcement comes on the heels of a report that Trump called Haiti and African countries “shithole countries,” a claim Trump denies. Officials said Feeley’s departure was communicated to the U.S. State Department on December 27, and was not in response to those alleged remarks from the president.

Feeley first joined the State Department in 1990, and is a Latin America specialist.

His resignation letter made clear that he was leaving because of Trump’s behavior while in office.

“As a junior foreign service officer, I signed an oath to serve faithfully the president and his administration in an apolitical fashion, even when I might not agree with certain policies,” he wrote, Reuters reports.

“My instructors made clear that if I believed I could not do that, I would be honor bound to resign. That time has come.”

A State Department spokeswoman confirmed the news, saying Feeley “has informed the White House, the Department of State, and the Government of Panama of his decision to retire for personal reasons, as of March 9 of this year.”

“Everyone has a line that they will not cross,” Under Secretary of State Steve Goldstein told reporters. “If the ambassador feels that he can no longer serve… then he has made the right decision for himself and we respect that.”

Trump has taken a hard-line stance on immigration, including kicking out hundreds of thousands of people from Latin America who were granted temporary protection statuses following natural disasters. He has also recently said that he will not reconsider his decision to end the Deferred Action for Childhood Arrivals (DACA) program that defers deportation for people brought to the U.S. illegally as children unless he gets funding for a wall along the Southern border.

Viccky Gutierrez becomes the second known transgender murder in the U.S. this year