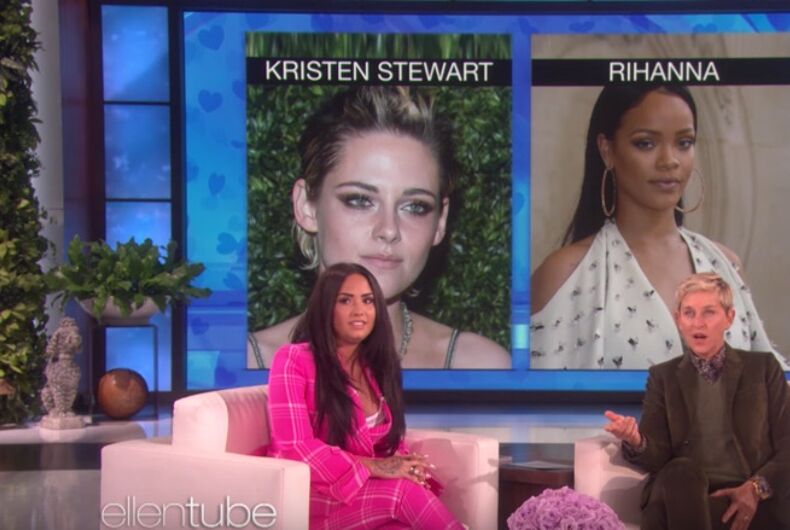 Demi Lovato plays "Who'd You Rather?" with Ellen DeGeneresPhoto: screenshot

Singer Demi Lovato “came out” as bisexual in her documentary Simply Complicated after years of refusing to label her sexuality. Now that’s she’s opened up about it, the differences in the star’s public appearances are subtle but striking once you notice them.

For example, take Lovato’s recent appearance on The Ellen DeGeneres Show. The two play a regular game in one segment that asks the celebrity “Who’d you rather?”

After teasing Lovato about being single, Ellen set up the segment. “Okay, so we’re going to play ‘Who’d You Rather’ and we’re going to find you a…” the comic begins.

“Who’d I rather what?” Lovato interrupts to ask.

As the two go through paired pictures of celebrities, Lovato gives the nod to both men and women in her quick decisions about who she’d “rather.”

But when one celebrity pops up, she became the heavy favorite to win Lovato’s affection. Round after round, she wins the matches until former boy band member Niall Horan dethrones her for a few rounds before she comes back to win it in the end.

Still, it didn’t stop Lovato from looking into the camera to tell bisexual actress Kristen Stewart, “Call me.”