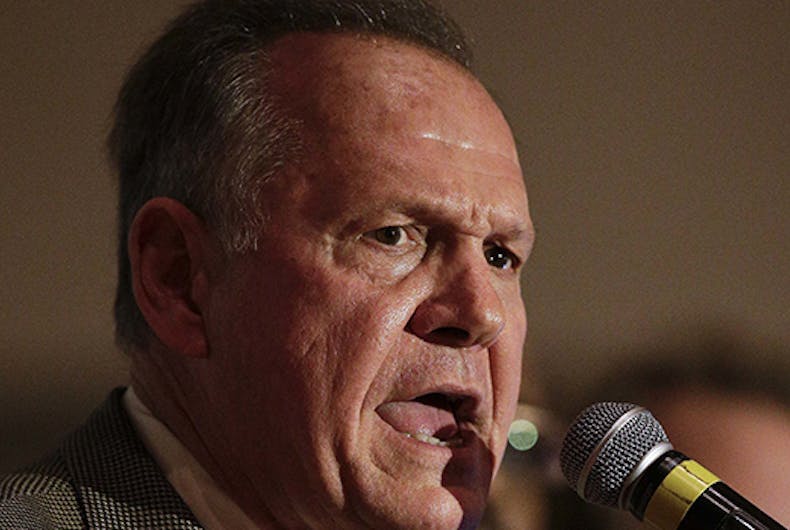 Democratic Congresswoman Rep. Gwen Moore, of Wisconsin, is calling on the Senate to provide added security for Senate Pages if Roy Moore is successful in his campaign in Alabama.

Senate candidate Moore has been accused by multiple women of sexual assault and misconduct, many of them saying the incidents occurred when they were teenagers, some as young as 14 and 15. His behavior was so notorious that there are reports that he was banned from a local mall and a YMCA for badgering young girls for dates.

Moore has denied the allegations, blaming his political opponents and even the LGBTQ community for the reports.

Rep. Moore called for the protection of pages in an open letter to the Senate Sergeant at Arms, the top law enforcement official in the Senate. Pages are typically high school juniors and seniors, ranging in age from 16 to 18.

“I write you today to share my urgent concern regarding the threat to the safety of the young men and women working in the United States Senate Page Program if Roy Moore becomes the U.S. Senator to Alabama,” she begins her letter, dated Dec. 8.

“Being away from home puts these young people in a very vulnerable position,” she writes. “The nature of life on Capitol Hill necessitates long hours in close proximity to lawmakers and staff that can create power dynamics of which young people are not fully aware. It would be unconscionable for Congress to not be vigilant and proactive in taking precautions to safeguard these children given the well sourced allegations against Roy Moore.”

“I believe my fears are well founded,” she continued. “We have seen Members of Congress abuse the Congressional Page Program. You will recall that in 2006, former Republican Representative Mark Foley resigned after sending suggestive emails and text messages to male Pages. Unfortunately, this was a contributing factor in the then-elimination of the House Page Program.”

Rep. Moore ends her letter asking what steps are being taken “to safeguard Senate Pages from predatory conduct of U.S. Senators and Senate staff.”

Alabamans are heading to the polls today to elect either Moore or his Democratic opponent Doug Jones.