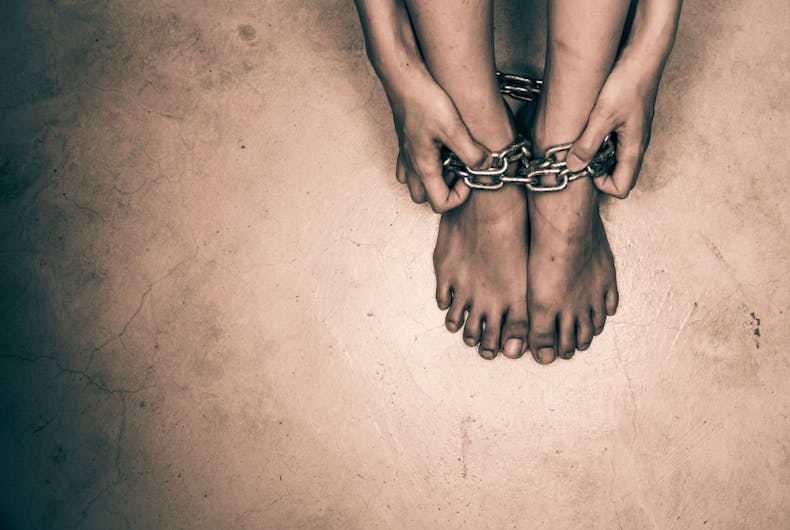 Alabama Senate candidate and disgraced former state supreme court Chief Justice Roy Moore is a well established sexual harasser and abuser. He’s been accused of child molestation, flaunting the law (it got him removed from the bench twice), stealing money from charity, and he’s letting his racism flow freely for all to see.

During a campaign event in September, Moore told his supporters that the last time America was at its best was when slavery was legal.

“I think it was great at the time when families were united—even though we had slavery—they cared for one another,” Moore responded. “Our families were strong, our country had a direction.”

The person who asked the question was one of the few African-Americans in attendance.

Moore has also described Native Americans as “reds” and Asians as “yellows.” He has said Muslims should not serve in Congress and questioned former President Barack Obama’s citizenship, implying our first African-American leader is Kenyan.

Moore will face off against Democrat Doug Jones on Tuesday. The two are running neck and neck for the seat as white evangelicals rally around Moore with excuses like “Jesus was falsely accused too.”

Can't make this up — Roy Moore said in September that the last time America was great was when we had slavery. (h/t @reckonalabama)https://t.co/NMF4BCQ6ZS pic.twitter.com/XbpPtdifuS