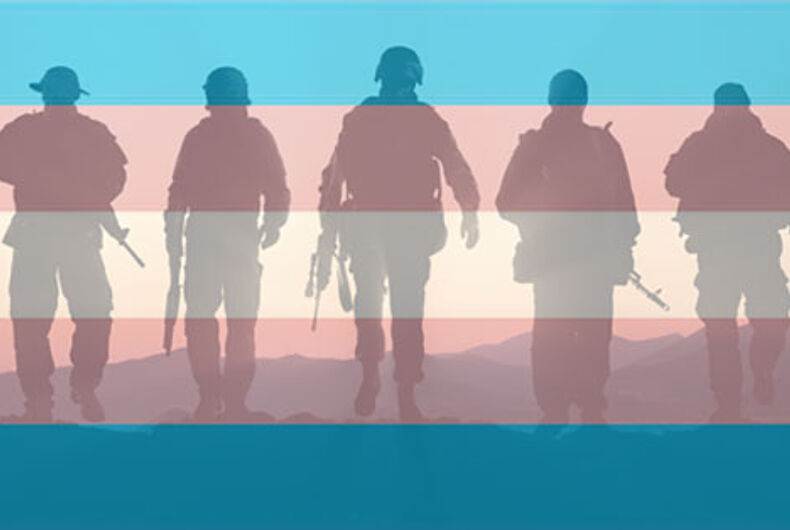 Here’s the fifth in our year-in-review series, Silver Linings 2017.

Transgender troops will keep serving our country, despite the Commander-in-Chief’s opposition.

Last July, President Trump tweeted out of the blue that transgender military personnel would no longer be able to serve. That set off a firestorm of criticism, including from fellow (and unlikely) Republicans. As it turns out, Trump didn’t bother to consult military leaders or anyone else (except possibly in-house homophobe Mike Pence).

There's NO reason for a transgender ban. Military isn't asking for it. Americans don't want it. This is about Trump embrace of hate. Period. https://t.co/OwX3QEgXHV

The Pentagon began planning to implement the ban, but Trump’s triumph was short-lived. As the year comes to a close, courts have consistently stopped the policy from taking effect. As the new year starts, transgender enlistees will still be welcome in the military and the military will still pay for gender reassignment surgery for transgender troops.

As an added insult to Trump, the military is educating recruiters to ensure transgender enlistees are treated with respect. “For the purposes of military entrance processing, the applicant’s preferred gender will be used on all forms asking for the ‘sex’ of an applicant,” the Pentagon said.

Trump hasn’t revisited the topic since his 140-character outburst, but the administration’s lawyers are busy cooking up bogus justifications for the would-be ban. But for now they–and their boss–just keep finding that the courts depend on the law, not on impulsive tweets.

Republican pressured to resign after comparing homosexuality to pedophilia