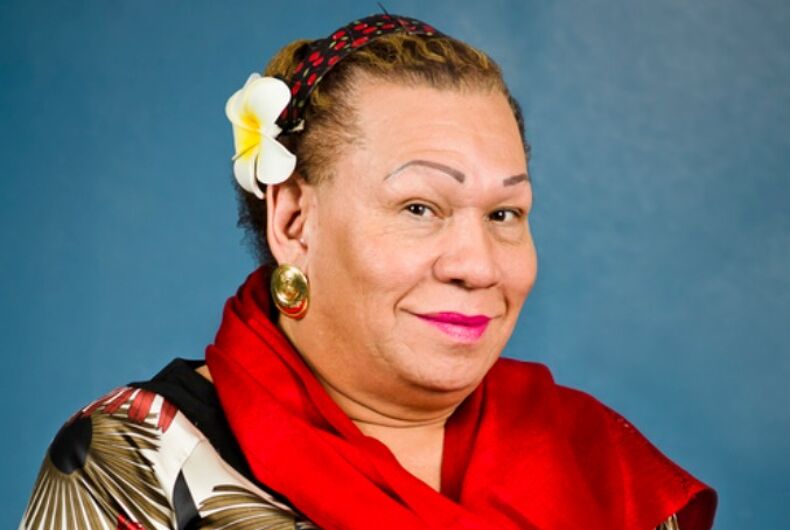 Transgender Latina activist Lorena Borjas has been pardoned by New York Governor Andrew Cuomo, allowing her to remain in the country and apply for US citizenship.

She was once the victim of human sex trafficking, and has dedicated her life to helping those who are in a similar situation.

Borjas, originally from Mexico, has walked the streets of New York City for years, passing out condoms and food, connecting trans women to support services, and running HIV-testing and syringe exchange programs.

All of her convictions stemmed from her time as a forced sex worker.

“With this pardon granted, I will no longer have to go to sleep at night, worrying that I will be deported back to a country that is no longer home,” she said. “I will be able to live my life without stress and fear of immigration and I will be able to continue doing the work I do and help more vulnerable transgender women.”

“Lorena has done more than anyone else I know to shine a light on the epidemic of trafficking in transgender communities and to help other trans women escape exploitation,” said Lynly Egyes, who represented Borjas, and serves as Litigation Director at Transgender Law Center.

“Her generosity and self-sacrifice is well known throughout New York State and the country. I am thrilled for Lorena today and grateful that, after her years of selfless work helping others, New York State answered the call when she was in need.”

Borjas was one of 61 individuals granted a pardon by Cuomo on Wednesday.

“These New Yorkers have proved their rehabilitation, in some cases for decades, but have been unable to gain legal status or fully re-enter society due to the stigma of conviction,” he said.

“While the federal government continues to target immigrants and threatens to tear families apart with deportation, these actions take a critical step toward a more just, more fair and more compassionate New York,” he added.

The Trump administration has taken a hard-line stance on immigration, stepping up deportations and attempting to institute travel bans.