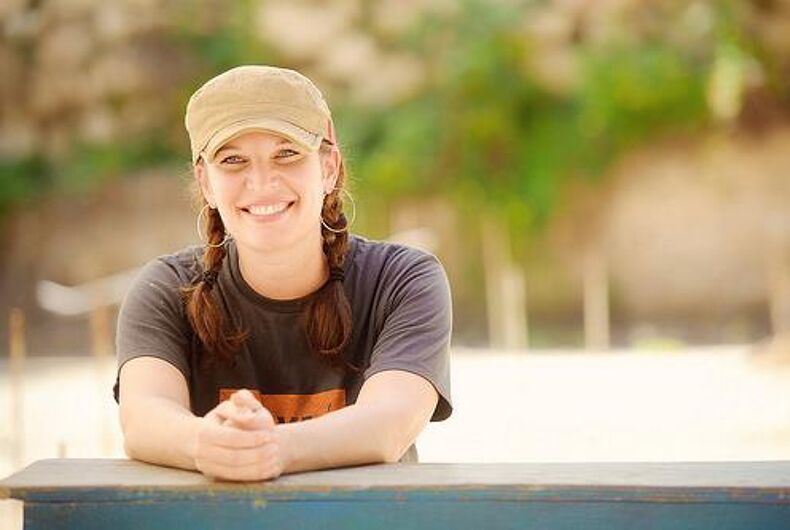 Jen Hatmaker was a popular writer for white evangelicals. Her books were on the New York Times best sellers list, her home renovation was the subject of a reality show on HGTV, and she was regularly doing speaking tours.

Until she criticized Donald Trump. That’s when the death threats started.

In 2016, when the infamous Access Hollywood tape was released where then-candidate Trump bragged about sexually assaulting women, Hatmaker couldn’t remain silent. Responding to evangelical leader Jerry Falwell Jr., she tweeted: “This is disgusting. We will not forget. Nor will we forget the Christian leaders that betrayed their sisters in Christ for power.”

This is disgusting. We will not forget. Nor will we forget the Christian leaders that betrayed their sisters in Christ for power. https://t.co/vF148xk9YW

Then, a month before the election, Hatmaker stated her support for several social justice causes, including Black Lives Matter and marriage equality.

That’s when white evangelicals turned on her. She got angry comments and blog posts written about her. Her children were pulled aside at their school and scolded. Readers mailed her books back to her with pages burned or torn, sometimes entirely shredded. Her speaking tour was canceled. She got death threats and was afraid to leave home.

“This year I became painfully aware of the machine, the Christian Machine,” which she says is “systems and alliances and coded language and brand protection” set up to advance political power.

The election of Donald Trump, she said, happened because the “Christian Machine malfunctioned” and silenced dissent against a political candidate who was obviously not living his life in accordance with white evangelicals’ self-described values.

For many white evangelicals, criticizing Trump is effectively un-Christian.

“The way people spoke about us, it was as if I had never loved Jesus a day in my life,” Hatmaker told Politico.

Another issue is that women’s ministries tend to steer away from politics. White women evangelicals might hold different views from men when it comes to discrimination and sexual assault, but they’re supposed to keep it to themselves, according to Hatmaker.

Still, she hasn’t been silenced. Hatmaker has a new book this year and is speaking at smaller venues, to audiences that are almost entirely women. She is still supporting LGBT people, speaking out against racism, and denouncing sexual assault on Facebook.

When speaking about her experience to an audience in Dallas, she said that she didn’t even get the full brunt of the Christian machine.

“I was just an ally,” she said. “Think about how our gay brothers and sisters feel.”