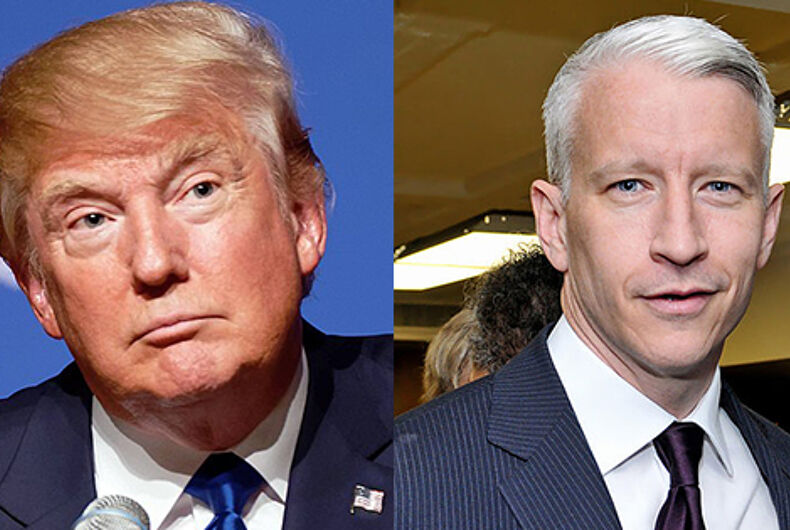 Photo of Trump by Michael Vadon. Photo of Cooper by Tulane Public Relations.

The reason I originally endorsed Luther Strange (and his numbers went up mightily), is that I said Roy Moore will not be able to win the General Election. I was right! Roy worked hard but the deck was stacked against him!

Trump endorsed Strange in the primary, but backed Moore in the general election. Cooper’s Twitter account responded by mocking Trump for his attempt at distancing himself from his candidate of choice.

While the tweet has since been deleted, someone got a screenshot. 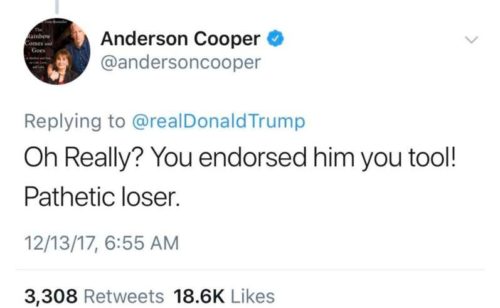 But was it really the CNN host behind the tweet?

Not according to him. He is claiming he was hacked and is trying to find out what happened.

CNN is singing the same tune.

What do you think? Do you buy it, or do you think Cooper was in fact the person behind the tweet?