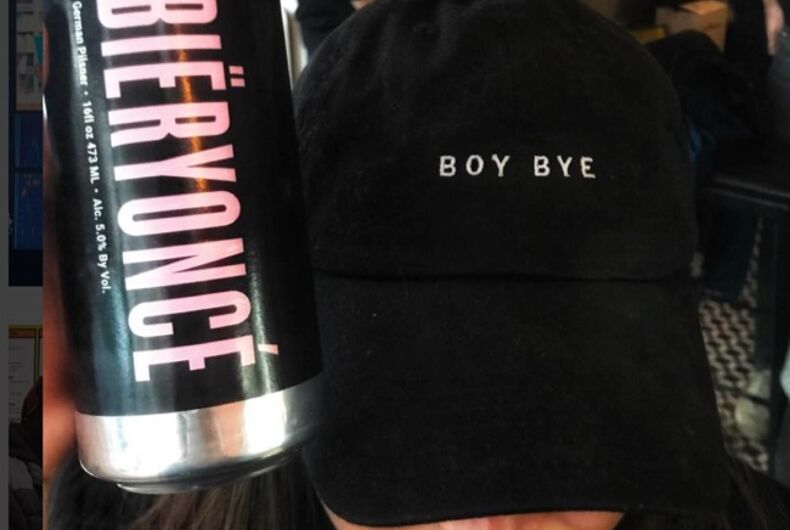 Lineup Brewing owner and master brewer, Katarina Martinez, shows off a can of the short-lived Bieryonce pilsner.Photo: Inst

After New York-based Lineup Brewing’s owner and master brewer, Katarina Martinez, missed a Beyoncé show, she had an idea. She might have missed the concert, but she could bring a little bit of Bey to work.

So she created Bieryonce, a German Pilsner, as a tribute to the singer. Originally put out as a limited run, it prove popular so the company relaunched it in November. The can features the same font as Beyoncé’s iconic self-titled 2013 album.

Bey, however, was not impressed and sent the company a cease and desist letter to shut that whole thing down.

“As a Hispanic, female-run business, I am very inspired by her so I thought I’d pay homage,” Martinez said after receiving the letter. “We’re disappointed she didn’t take it as a compliment, but oh well. It was fun while it lasted!”

The company quickly salvaged the situation by relaunching the Pilsner under the name “Kätariná.” Posting the news on Instagram, the company wrote:

Tonight’s release was brilliant! Cannot wait for Saturday at @beerkarma.bstc 🙏🏼 photo by: @grassowhat

Boy bye. Hard core #bieryonce vibes at the can release 🙏🏼

Did Anderson Cooper mock Trump as a ‘pathetic loser’ & ‘tool’ after Moore’s loss in Alabama?