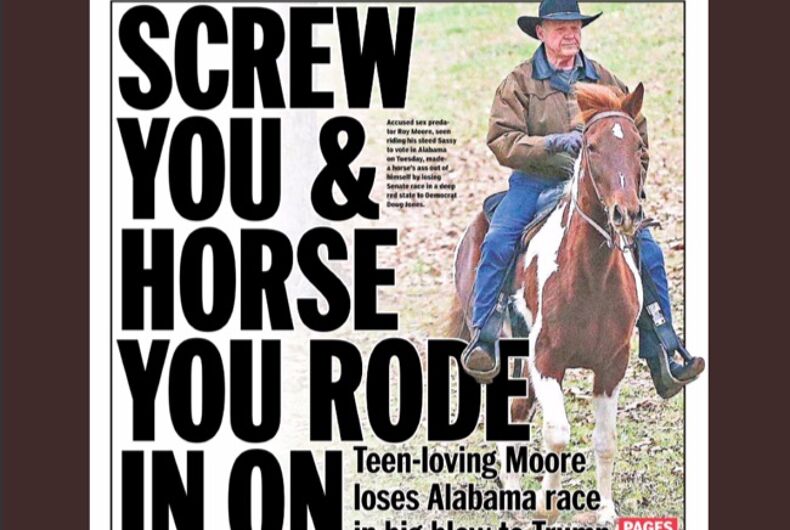 Moore, a showman until the end despite the endless controversy surrounding his candidacy, even went so far as to ride his horse, Sassy (no kidding), to the polls yesterday morning.

While Moore has so far refused to concede to Jones (par for the course for a candidate who wouldn’t withdraw even after multiple allegations of sexually abusing teenage girls), the media and even Moore supporter Donald Trump have acknowledged it’s over.

But none quite like the New York Daily News:

Congratulations to Doug Jones on a hard fought victory. The write-in votes played a very big factor, but a win is a win. The people of Alabama are great, and the Republicans will have another shot at this seat in a very short period of time. It never ends!

The reason I originally endorsed Luther Strange (and his numbers went up mightily), is that I said Roy Moore will not be able to win the General Election. I was right! Roy worked hard but the deck was stacked against him!