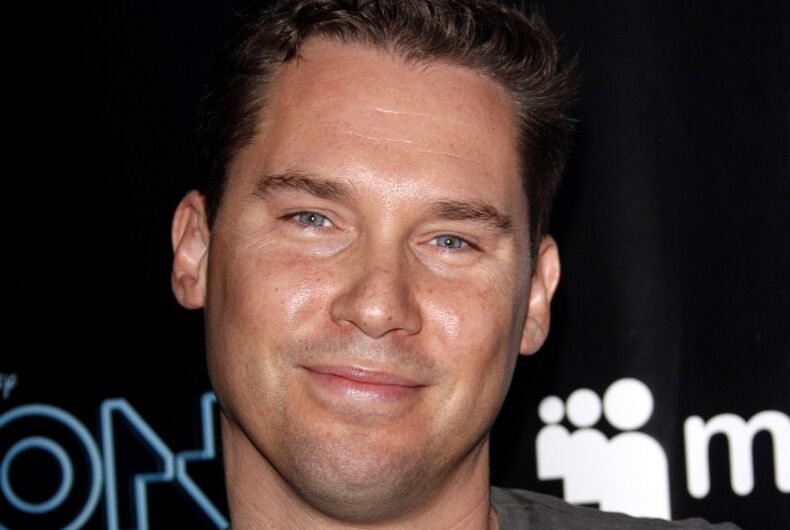 Bryan Singer was just fired from his gig directing the Freddie Mercury bio film, Bohemian Rhapsody, around the same time he was accused (yet again) of sexual assault by a young man.

When TMZ caught up with Singer in West Hollywood, the director didn’t seem phased by the recent allegations but, despite his statement that he was fired because he took time to care for an elderly relative, hinted that his termination may have something to do with the accusations.

First he said that the two were unrelated, but then backtracked a bit to say the studio wouldn’t offer a public explanation because “the reason would be, in my opinion, inaccurate and embarrassing.”

Singer has aggressively attacked his accusers in the media and the courtroom. The day before TMZ cornered him, he was sued for sexually assaulting a 17-year-old young man on his yacht.

But when the photog turned the subject to another celebrity accused of sexually assaulting teenage boys, Kevin Spacey, Singer was surprisingly nonchalant with his response.

TMZ: “Do you think he’ll be able to work again?”

SINGER: “He’ll always be able to work. It’s just up to the audience.”

TMZ: “Would you work with him?”

SINGER: [Long silence] “These are loaded questions… Ummm… He’s a guy I helped launch his career. He’s an acquaintance of mine. It depends on the project, I guess.”

Spacey and Singer worked together on the film The Usual Suspects. Reports recently surfaced that shooting on the flick was “shut down abruptly for two days” after Spacey was accused of “sexually inappropriate behavior towards a younger actor.”