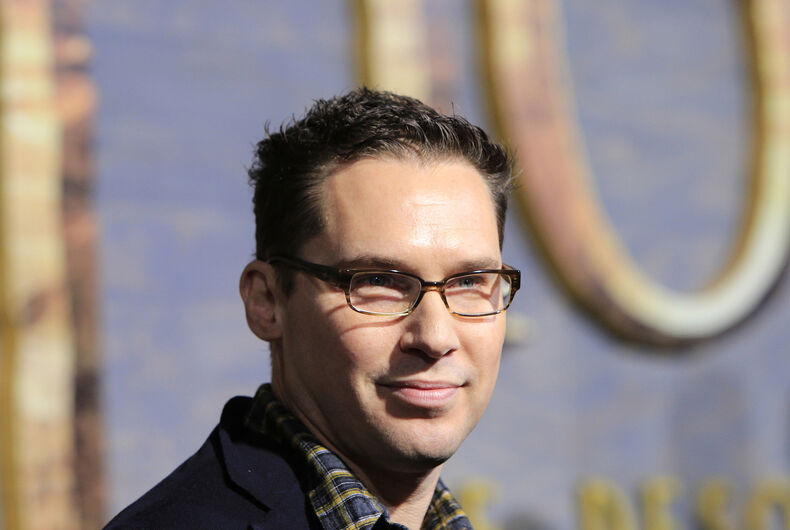 Bryan Singer has been fired from directing the Queen biopic Bohemian Rhapsody after reports of erratic behavior and absences from the set.

Singer was rumored to be on the way out last week, with it being said that Fox was quietly looking for someone else to take over the project. Singer didn’t return to the shoot following the Thanksgiving break.

There were also reports that Singer and star Rami Malek, who is playing Freddie Mercury, were not getting along.

Singer said the production refused to allow him time off to care for his ailing mother.

“With fewer than three weeks to shoot remaining, I asked Fox for some time off so I could return to the U.S. to deal with pressing health matters concerning one of my parents,” he said in a statement. “This was a very taxing experience, which ultimately took a serious toll on my own health.  Unfortunately, the studio was unwilling to accommodate me and terminated my services.  This was not my decision and it was beyond my control.

“Rumors that my unexpected departure from the film was sparked by a dispute I had with Rami Malek are not true,” he continued. “While, at times, we did have creative differences on set, Rami and I successfully put those differences behind us and continued to work on the film together until just prior to Thanksgiving. ”

“I wanted nothing more than to be able to finish this project and help honor the legacy of Freddie Mercury and Queen, but Fox would not permit me to do so because I needed to temporarily put my health, and the health of my loved ones, first.”

His production company, Bad Hat Harry, is also departing from the Fox lot, with its first look deal with the director ended Oct. 31. He had been staying on while he worked on Bohemian Rhapsody.

Singer was recently accused of sexual assault that reportedly took place when the alleged victim was a teenager.

It is not the first time he has been accused of such behavior, with previous cases dismissed for lack of evidence. However, there is no indication that his firing had anything to do with this latest allegation against him.