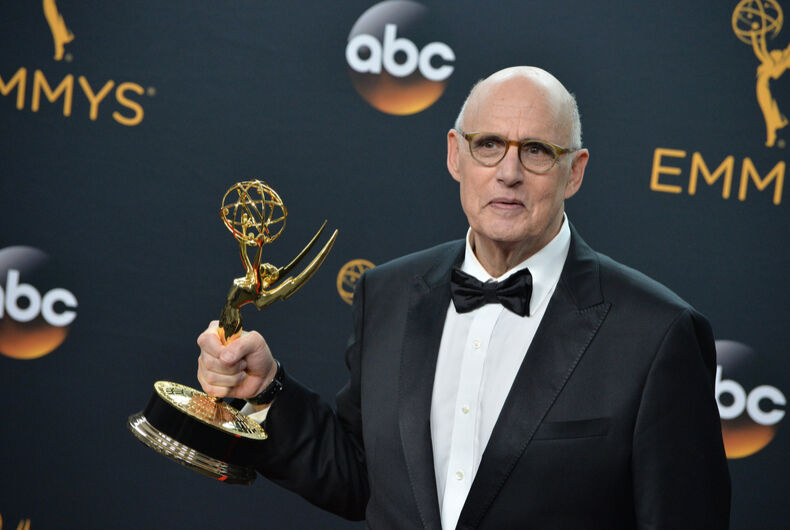 Jeffrey Tambor has been accused by his former personal assistant of sexual harassment, but now a second accuser is stepping forward to say the Emmy-winning star of “Transparent” also sexually harassed her.

Transgender actress Trace Lysette works on the show and says the actor made lewd and sexually suggestive remarks to her repeatedly and pressed himself against her in a sexual manner during a break in filming.

While Lysette hasn’t filed an official complaint with the show’s parent company, Amazon, officials at the studio say they will add the allegation to the investigation currently underway. So far, she has presented no proof that her allegations are true.

Amazon writers were working on the fifth season of the hit show when the first allegation was made and reports from the team have suggested they will write Tambor out of the season entirely as a precaution.

“I adamantly and vehemently reject and deny any and all implication and allegation that I have ever engaged in any improper behavior toward this person or any other person I have ever worked with,” Tambor said. “I am appalled and distressed by this baseless allegation.”

After Lysette’s allegation though, Tambor has issued another statement taking slightly more responsibility for his behavior, but still denying any sexual harassment or abuse took place.

“For the past four years, I’ve had the huge privilege — and huge responsibility – of playing Maura Pfefferman, a transgender woman, in a show that I know has had an enormous, positive impact on a community that has been too long dismissed and misunderstood,” Tambor said in the statement. “Now I find myself accused of behavior that any civilized person would condemn unreservedly.”

“I know I haven’t always been the easiest person to work with. I can be volatile and ill-tempered, and too often I express my opinions harshly and without tact. But I have never been a predator – ever.

“I am deeply sorry if any action of mine was ever misinterpreted by anyone as being sexually aggressive or if I ever offended or hurt anyone,” he continued. “But the fact is, for all my flaws, I am not a predator and the idea that someone might see me in that way is more distressing than I can express.”