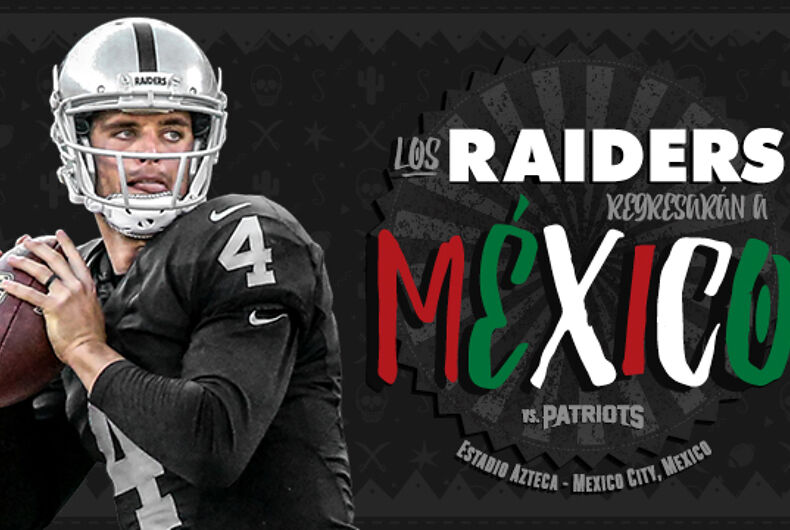 CBS has a big problem on its hands this Sunday, when the Oakland Raiders host the New England Patriots in Mexico City, Mexico.

It is suspected that fans are likely to yet again chant the antigay slur “puto” during kickoff and punt returns, as well as field goal attempts, and the network will have to make a choice as to whether or not to censor it.

ESPN failed to do so last year during the Oakland Raiders, Houston Texans game in Mexico City.

The network claimed to be caught unaware, but CBS will have no such excuse, having last year’s example still fresh in our minds. GLAAD has reportedly also been in contact with CBS, alongside Outsports, to inform them of the situation.

The chant is a common occurrence at soccer games, bringing fines by FIFA.

The stadium where Sunday’s game is to be held, Estadio Azteca, is expected to use public-address notifications warning those in attendance to abstain from using the slur. That has proven ineffective, and in fact has backfired in the past, causing Outsports to call on stadium management to utilize “human monitors to watch the chants and eject all fans caught using the slur.”