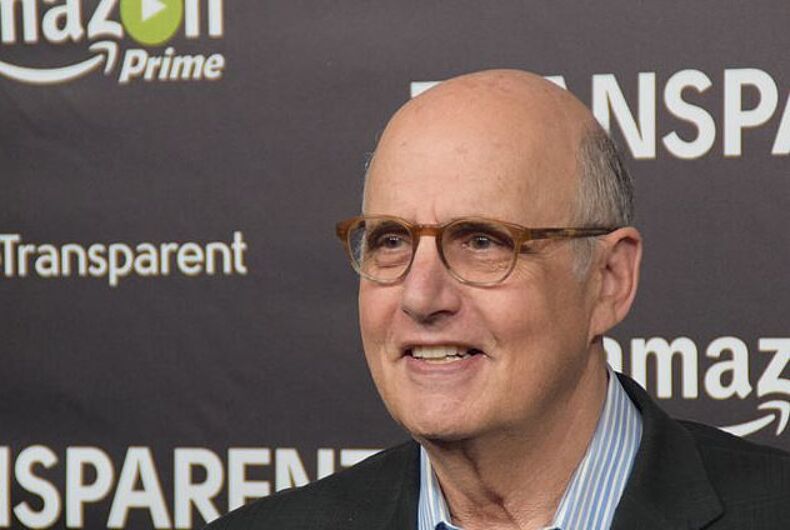 Jeffrey Tambor has been accused of sexually harassing his assistant, which he denies. Photo: Red Carpet Report, via Flic

Jeffrey Tambor, who stars on Amazon Studio’s “Transparent,” has been accused of sexually harassing his transgender assistant, a claim he denies.

Tambor’s former assistant, Van Barnes, who also appeared on “I Am Cait” and an Amazon documentary miniseries called “This Is Me,” made the allegation through Facebook.

“I am  aware that a former disgruntled assistant of mine has made a private post implying that I had acted in an improper manner toward her,” Tambor told Deadline in a statement on Wednesday.

“I adamantly and vehemently reject and deny any and all implication and allegation that I have ever engaged in any improper behavior toward this person or any other person I have ever worked with. I am appalled and distressed by this baseless allegation.”

“Transparent” creator Jill Soloway confirmed that they were cooperating fully with the investigation.

“Anything that would diminish the level of respect, safety and inclusion so fundamental to our workplace is completely antithetical to our principles,” she said. “We are cooperating with the investigation into this matter.”