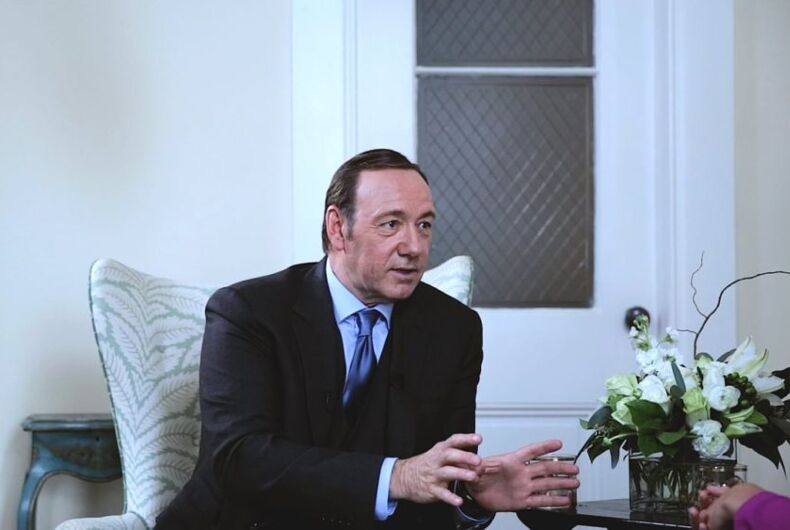 Twenty people have come forward during an investigation by The Old Vic to say that the Kevin Spacey acted in a sexually inappropriate manner with them before and during his time as artistic director at the London theater.

Even before this report, Spacey had already been accused by over a dozen men of unwanted advances, including groping, since actor Anthony Rapp went on the record about an incident that occurred when he was just 14.

A police report has been made about at least one of those incidents, involving a then 18 year-old in a Nantucket bar. The boy’s mother told reporters at a press conference that she has filed a report and turned over evidence to law enforcement.

Only one of the complaints stemming from Spacey’s time at The Old Vic was reported when it occurred, but people began talking after Rapp’s allegations made it into print.

The theater said it was “deeply dismayed” when those allegations began to come out. It hired a law firm to handle the investigation into claims of abuse by Spacey during his time there.

It blames a power imbalance, Spacey’s celebrity, and there not being enough support for those who might run into problems with senior staff, for the lack of previous reports, save one.

“The investigation found that his stardom and status at the Old Vic may have prevented people, and in particular junior staff or young actors, from feeling that they could speak up or raise a hand for help,” it said in a statement, regarding Thursday’s report.

Sally Green, the theater’s chief executive, released a statement earlier this week expressing that she was “shocked and appalled” by Spacey’s alleged behavior. She added that she was not aware of any such allegations against him at the time she hired him.

Aside from his initial statement following the Rapp allegation, in which he claimed not to remember the incident but said that if true he owed him an apology, and that saw him coming out as gay, Spacey has remained silent. His publicist released a statement earlier this month saying he was taking a break from acting to seek treatment.

Why are the right wing snowflakes so scared of the media?