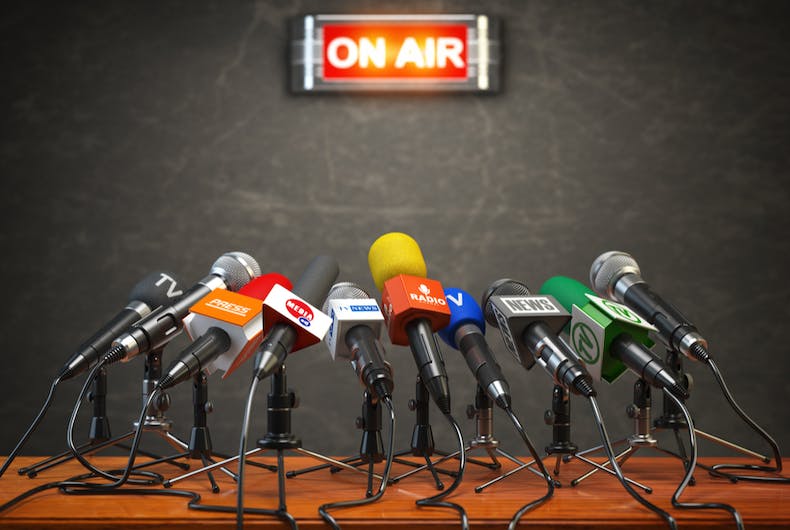 “Hi, this is Bernie Bernstein. I’m a reporter for the Washington Post calling to find out if anyone at this address is a female between the ages of 54 to 57 years old willing to make damaging remarks about candidate Roy Moore for a reward of between $5000 and $7000 dollars. We will not be fully investigating these claims; however, we will make a written report. I can be reached by email at [email protected], thank you.”

This specious Robocall injected into the Alabama senatorial campaign is offensive and provocative on countless levels. The caller, by portraying himself as a New York Jew with full-throated accent who represents an “Eastern elitist” newspaper, the Washington Post – the paper that broke the Judge Roy Moore sexual predator scandal – attempts to divert the focus away from the controversy swirling around Moore to the so-called “fake news” run by Jews to control the flow of information, which they hope will control the minds of good “upstanding” (read as Christian) Americans.

The Washington Post issued a statement asserting, in part:

The call’s description of our reporting methods bears no relationship to reality. We are shocked and appalled that anyone would stoop to this level to discredit real journalism.”

Looking back over the course of the last presidential campaign, Donald Trump expressed similar sentiments to those of Moore in his West Palm Beach, Florida rally speech on October 13, 2016:

The Washington establishment and the financial and media corporations that fund it exist for only one reason: to protect and enrich itself….For those who control the levers of power in Washington, and for the global special interests…[i]t’s a global power structure that is responsible for the economic decisions that have robbed our working class, stripped our country of its wealth and put that money into the pockets of a handful of large corporations and political entities….This is a conspiracy against you, the American people, and we cannot let this happen or continue. This is our moment of reckoning as a society and as a civilization itself.”

Donald Trump and his misogynist predatory compatriot Roy Moore may not have a general grasp of history, but they certainly understand how to use the propaganda of fascism to sway public opinion in the tactics of Divert-Divide-and-Conquer by lifting the sentiments and words virtually verbatim from the notorious Protocols of a Meeting of the Learned Elders of Zion.

The Protocols was a fabricated anti-semitic text dating from 1903 that was widely distributed by Russian Czarist forces to turn public opinion against a so-called “Jewish Revolution” for the purpose of convincing the populace that Jews were plotting to impose a conspiratorial international Jewish government.

It is the alleged minutes of a late 19th-century meeting where Jewish leaders planned to subvert the minds, morals, and cultures of non-Jews by controlling politicians, the press, and world economies for world domination. The Protocols was translated into many languages and circulated throughout the world.

In fact, the raging anti-semite, Henry Ford, the U.S. automotive pioneer, argued that Jews controlled world leaders, international finance, and the media. He had the Protocols translated into English in 1927, and published in his newspaper, The Dearborn (Michigan) Independent, thereby introducing it to a large U.S. audience.

Beginning in 1920, Ford chronicled what he considered the “Jewish menace” in his paper. Every week for the next 91 issues, Ford exposed some sort of Jewish evil. The most popular and virulent of his articles he chose to reprint into four volumes titled The International Jew: The World’s Foremost Problem.

Adolph Hitler bestowed on Henry Ford the highest award given to a non-German, the Grand Cross of the German Eagle in 1938. Following WWII at the Nuremberg Trials, Baldur von Shirach, leader of Hitler Youth, stated that Hitler had become “Jew-wise” by reading Henry Ford’s writings about the Jews.

During his Florida speech, Donald Trump succeeded in having his anti-Semitic leitmotiv heard, since, amongst many of his ardent supporters, the racist white supremacist so-called “alt-right” received it loud and clear.

In his article, Lawrence Murray concluded that Trump’s speech was “almost unprecedented in its militancy and vitriol for the luegenpresse (Nazi term meaning “lying press”) and the brahmins.” Murray also designated the speech as “88% woke.” (White supremacists use 88 as an abbreviation of “Heil Hitler” since “H” is the eighth letter of the alphabet.) He added: “Can you picture the shvitzing (“extreme sweating” in Yiddish) that must be going on in some circles right now? I can, and it’s glorious.”

Donald Trump had an incredible speech last night in West Palm Beach, maybe the strongest, most all out speech concerning the war that is being waged against us and the war that is being waged by the oligarchs who control the international banks and the globalists….These Jewish supremacists and these Jewish radicals who have been dominating international banking, the financing of politics and leaders, bribing them in effect, the people who have controlled the media, the people who have controlled the political apparatus in so many countries, who have controlled much of the academia, much of the discourse, they’re crazy….They’re willing to risk World War III for their political objectives in the Middle East, in Israel, and elsewhere.”

Donald Trump and Roy Moore blew from this same anti-media and antisemitic dog whistle, which they transformed into an amplified bull horn as a cynical diversionary tactic to pump up their base and to shelter themselves from the bright lights of media scrutiny.

Trump and Moore will ultimately fail, however, because the U.S. today has something the Nazi regime never permitted, a free press. Thus, our Fourth Estate will prevent the imposition of the Fourth Reich.