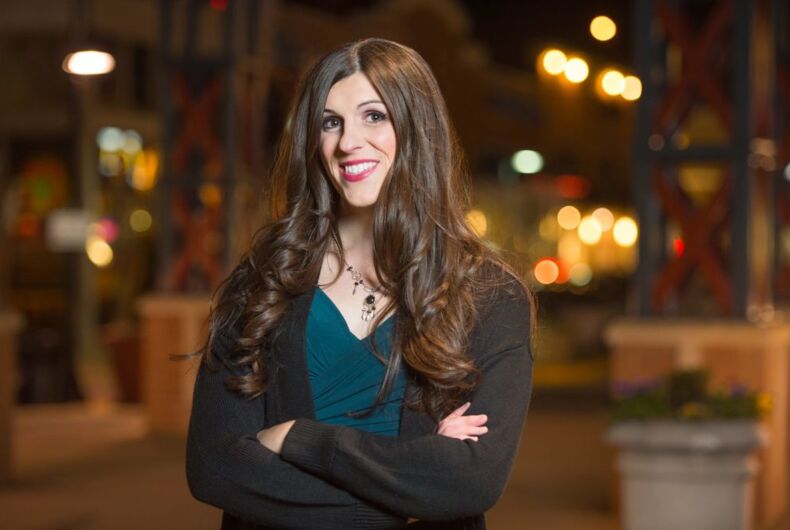 Republican lawmakers in Virginia plan to do away with gendered language on the House floor if they control the chamber after November.

Democratic delegate-elect Danica Roem’s historic win on Election Day, as one of eight openly trans candidates elected to office, and the first trans person elected to a state legislature, has presented a unique problem for some of her anti-trans colleagues.

Roem will replace Bob Marshall in January. Marshall, who proudly referred to himself as the “homophobe in chief” and who put forward an anti-trans bathroom bill, misgendered Roem throughout the campaign. He also refused to debate her.

Roem responded to the misgendering by putting out an ad that both embraced her transgender identity, as well as reminded voters that what really matters are the issues that effect their daily lives.

But she also noted the historic importance for the LGBTQ community if she won.

“There are millions of transgender people in this country, and we all deserve representation in government,” she said in the ad. “So when I stand up on the State House floor and the Speaker says, ‘The Gentlewoman from Manassas,’ LGBTQ kids everywhere will know they can succeed because of who they are, not despite it.”

“Speaker-designee Cox believes the ‘gentlelady’ and ‘gentleman’ terminology is outdated, and that referring to everyone as ‘delegate’ is more timely and appropriate,” said a spokesperson for Republican House Majority Leader M. Kirkland Cox.

“They’re willing to change the tradition in this sense before they will explicitly acknowledge Danica Roem as a woman,” said politics professor Bob Holsworth.

While the sign of disrespect is something to criticize, it cannot be lost that the Republicans just made the House floor less gendered. Now when the first gender nonconforming person is elected to serve there, they can feel accurately represented.

Roem, as usual, has responded with professionalism and a positive outlook.

“What matters the most to the people of the 13th District is that the woman they elected to serve them will be working on their behalf,” she said.