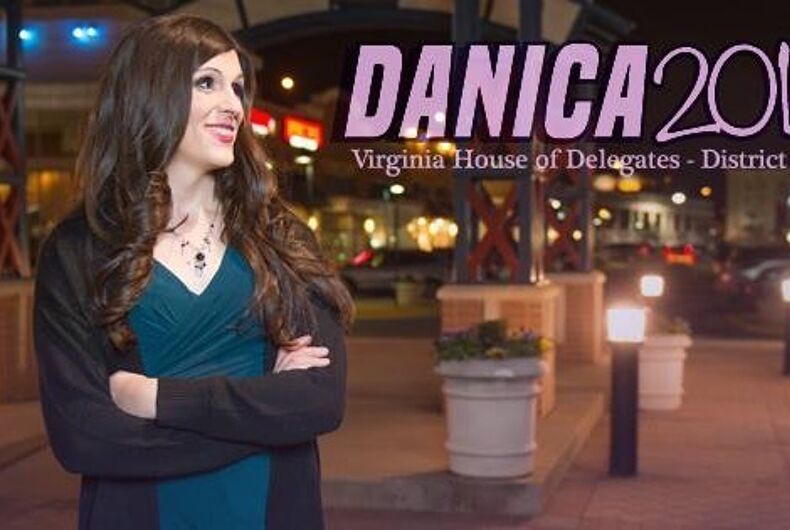 Roem handily outraised her opponent and as the Washington Post reports, her campaign “executed an aggressive ground game, knocking on doors more than 75,000 times in a district with 52,471 registered voters, sitting for endless public appearances and interviews, and maintaining a steady social media presence.”

Marshall was aggressively transphobic in his campaign, including refusing to debate Roem and consistently referring to her with the wrong pronoun. He was the sponsor of Virginia’s bathroom bill that would have discriminated against transgender people.

“Danica Roem’s historic victory is a clear warning to anti-equality lawmakers across the country that the days of attacking LGBTQ people to scare up votes are over,” said HRC President Chad Griffin.

“Danica’s victory tonight is not only a victory for transgender Virginians, but for transgender Americans as well,” said Equality Virginia Executive Director James Parish. “Our great Commonwealth has had many significant electoral firsts, and it’s no surprise the diverse and welcoming citizens of Prince William County have chosen to elect the first transgender candidate to any state’s legislative body.”

“Roem ran a smart, issues-driven campaign focused on improving the lives of her neighbors; a campaign that ran counter to her opponent’s divisive and transphobic rhetoric. I, along with Equality Virginia’s staff and board, send our heartfelt congratulations to Danica, and we look forward to working with her at the General Assembly to pass protections for gay and transgender Virginians.”