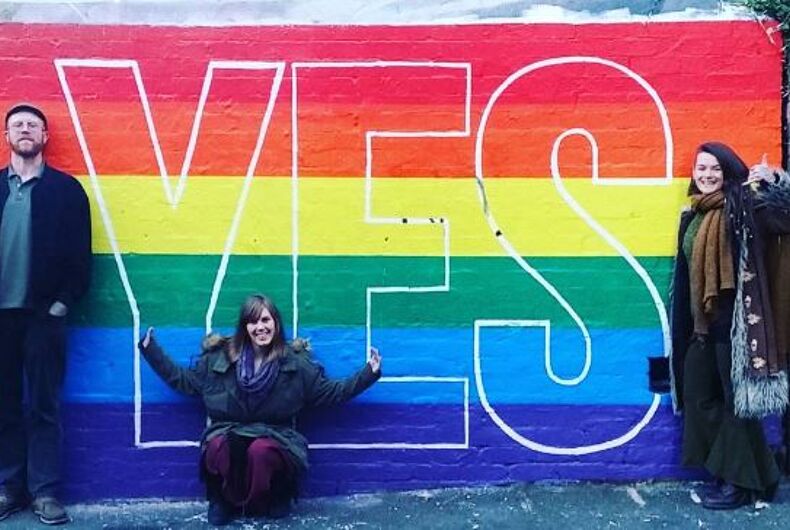 Australians are about to find out the results of the nationwide, non-binding postal survey on marriage equality, and the final poll shows it is likely to be a big win for the Yes campaign.

According to The Guardian Essential Report poll, a whopping 86 percent of those asked have voted. Of those, 64 percent reported voting in favor of marriage equality, 31 percent said they voted No, and 5 percent preferred not to answer.

While all of this is encouraging news, it does not necessarily mean there will be a change to the law that will see gay couples being allowed to get married.

Prime Minister Malcolm Turnbull has promised consideration of a bill to legalize same-sex marriage if the postal survey comes back with a majority Yes vote, but there is opposition with his Liberal party.

The debate has been ugly at times, as LGBTQ rights advocates warned it would be, with anti-LGBTQ posters popping up in major cities. There was even a sparsely attended “Straight Lives Matter” rally held in a gayborhood in Sydney.

The official results of the non-binding survey will be released on November 15.

This church sign went viral & now the minister is apologizing