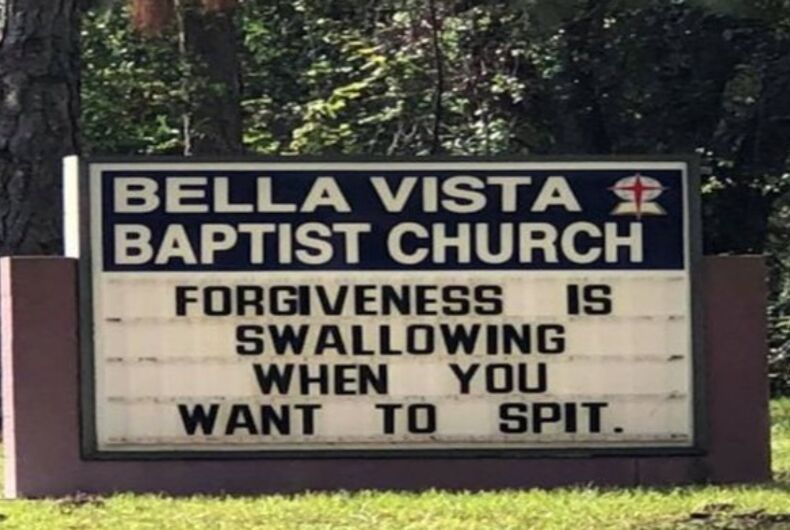 Bella Vista Baptist Church in Edgewater, Florida has quickly changed their church sign after a photo of it went viral. While the church minister was earnest about the message, the double meaning had more people laughing than asking for forgiveness.

The sign read, “Forgiveness is swallowing when you want to spit.”

“I think someone is a little mad at their wife #passiveagressivemuch #funnyshit #swallowforthelord,” Instagram user and local resident catherine306098 posted on the social media site.

Since then, the sign has elicited chuckles but there have been no reported cases of forgiveness, except maybe for the minister who put it up.

“We apologize if anyone was offended,” church officials told WKMG Orlando. The said the sign was “completely innocent” and “intended as encouragement to forgive.”

We forgive them (and thank them for the smiles and snickers we all got out of this).