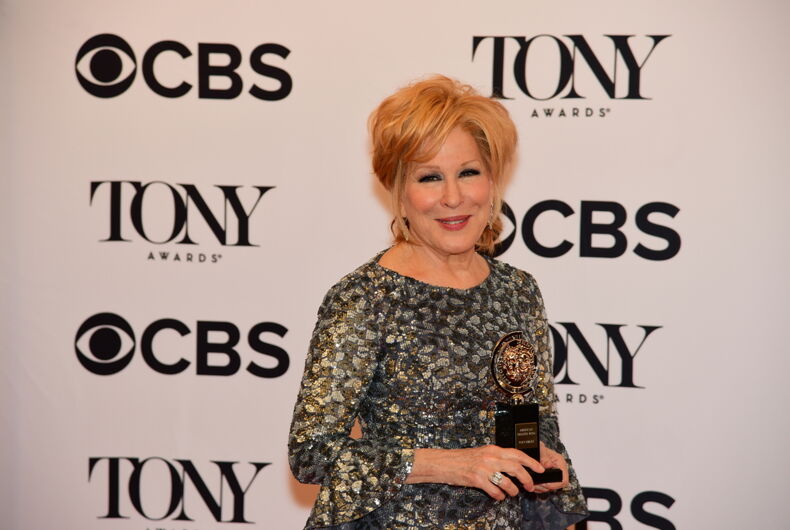 In a recently unearthed interview with Barbara Walters from 1991, gay icon Bette Midler accused Geraldo Rivera of drugging and groping her.

Shortly after Matt Lauer was fired from NBC News after multiple allegations of sexual harassment and misconduct, Rivera took to Twitter to seemingly defend Lauer from the accusations while also insinuating that the accusers were untrustworthy.

“News is a flirty business,” Rivera wrote in one tweet, while adding “some victims are motivated by more than justice” if they accept a settlement from the accused or their employer.

Sad about @MLauer great guy, highly skilled & empathetic w guests & a real gentleman to my family & me. News is a flirty business & it seems like current epidemic of #SexHarassmentAllegations may be criminalizing courtship & conflating it w predation. What about #GarrisonKeillor?

#SexHarassment allegations should require: 1-made in a timely fashion-say w/n 5 yrs. 2-some contemporaneous corroboration, like witnesses, electronic or written communications. W $ settlements in multi-millions slight chance exists some victims are motivated by more than justice

Jezebel wondered why Rivera was so defensive about allegations of sexual abuse and then they unearthed the video of Midler’s interview.

At the time, Rivera had released a “tell-all” book titled, Exposing Myself (natch). In the autobiography, Rivera describes the encounter with Midler, writing, “We were in the bathroom, preparing for the interview, and at some point I put my hands on her breasts.”

Midler, however, shared a completely different version of the encounter.

And in a remarkable example of the power of rape culture at the time, Walters seems unfazed by the allegation and Midler laughs it off at the end.