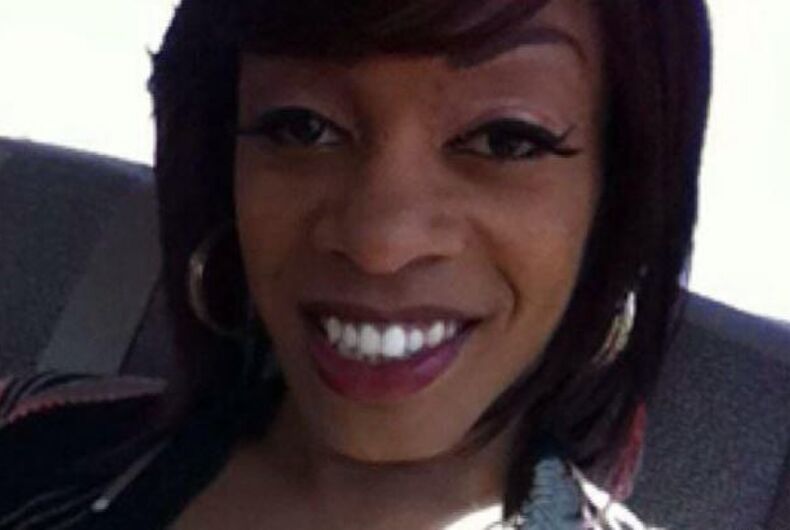 Another transgender woman of color has been murdered in a year that has been the deadliest yet on record in the United States.

Brooklyn BreYanna Stevenson, 31, was found dead in the early hours of Monday morning, in a hotel room in Oklahoma City. Police were responding to a report of a disturbance.

No further details have yet been released, and no arrests have been made or suspects named. It is also unclear at this point if Stevenson’s gender identity had something to do with her death, officials say.

“We don’t know what happened,” said Paula Sophia Schonauer, a trans advocate and former police officer who knew Stevenson. “But the questions in every transgendered person’s mind, out here in Oklahoma City, is what happened and I really hope justice is served.”

“When I found out (Monday) night, it broke my heart,” she added. “I’ve gotten to know Brooklyn a little bit. I knew how hard she was trying and how much she was working to establish her identity and to establish a place in the world for herself.”

“It’s tragic, no matter what, that Brooklyn was killed,” said Troy Stevenson, executive director with Freedom Oklahoma (no relation to Brooklyn Stevenson). “We absolutely hope that it’s proven not to be a hate crime.”

“We are heartbroken. Brooklyn BreYanna was an amazing daughter, sister and friend with a giving and loving heart,” her family said in a statement. “We pray that those who committed this heinous crime will be identified and Brooklyn will receive justice.”

They have set up a GoFundMe to assist in covering burial costs.

Stevenson died one week to the day after Transgender Day of Remembrance.

Police are urging anyone with information in this crime to call the city’s homicide tip line at 405-297-1200.

Woman sentenced for brutal murder of a homeless transgender man