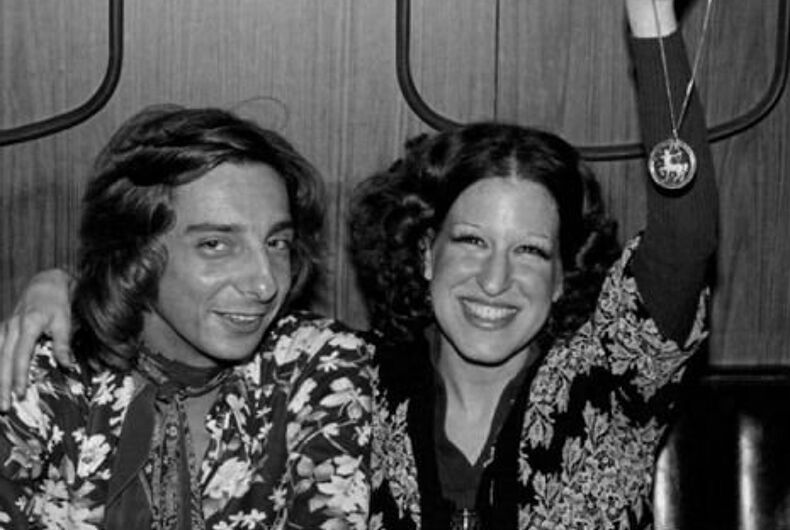 “This is my 800th farewell appearance here at the Continental Baths,” jokes a much younger Bette Midler after a rousing opening number. She continues, “I didn’t expect to be back so soon…They had me booked at Fire Island…I was supposed to work at Cherry Grove — I was supposed to sing. But they couldn’t find room for me in the bushes.”

In this stunning archival footage, we see what is thought to be Bette’s actual farewell appearance at the Baths, the now-iconic relic of a pre-AIDS existence in the late ’60s, early ’70s.

The Continental Baths opened their basement doors in 1968 at the Ansonia Hotel on New York City’s Upper West Side. Owner Steve Ostrow told Bette’s acting teacher at the time that he was starting a “nightclub in his basement.” Bette had recently put together a solid 20 minutes of material, and booked the gig, later revealing that she was unaware at the time that many of the audience members would be in their towels. But she didn’t seem to mind one bit.

This video is thought to have been filmed around 1971. Look closely and you’ll see Barry Manilow backing her up on piano.