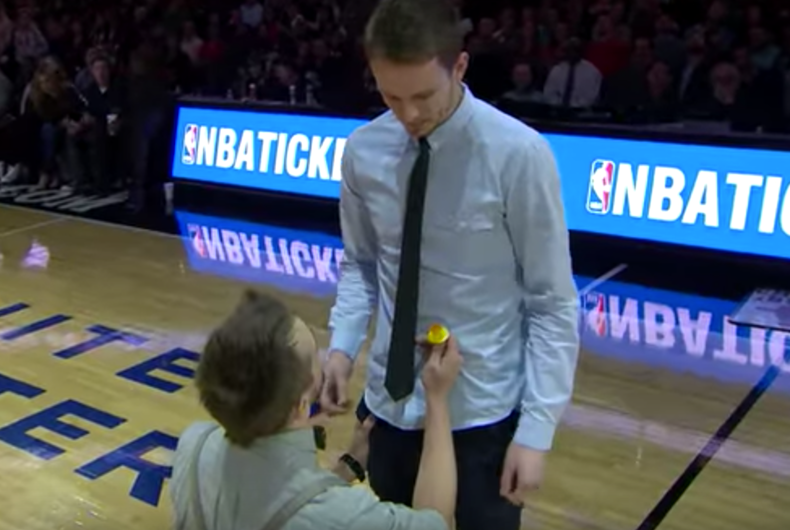 A gay couple got engaged during a recent Chicago Bulls game.Photo: YouTube

A man staged an elaborate marriage proposal to his boyfriend at last week’s game between the Chicago Bulls and San Antonio spurs involving a mascot and a candy ring.

During a break in play, as cheerleaders perform to “Do You Love Me (Now That I Can Dance)” by the Contours, Benny the Bull pulls one of the men from his courtside seat and starts to dance with him, dragging him toward the center of the court as his boyfriend prepares to propose.

Benny then turns him around, brushing his hair and spiffing him up for the big moment. Once he turns around and realizes what’s happening, he becomes visibly overwhelmed with emotion.

Watch the whole heartwarming proposal below.