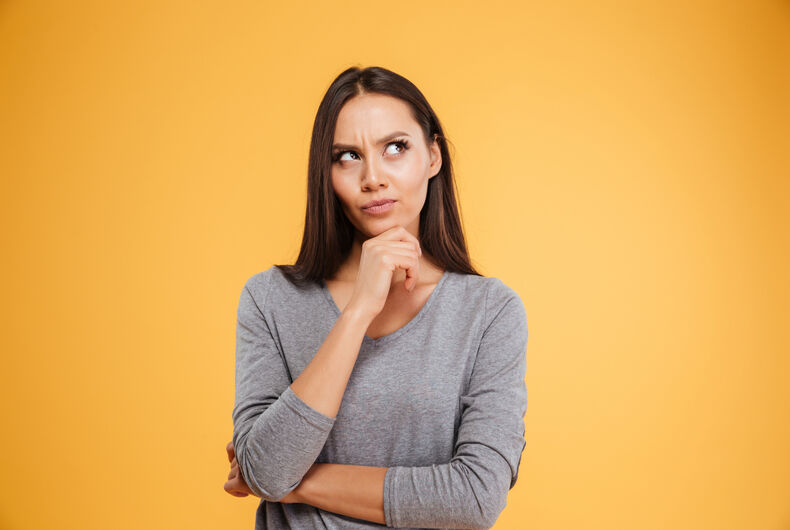 Now hang on a minute...Photo: Shutterstock

LGBT news outlets across the country have breathlessly reported that the Trump administration has given tacit consent to the killing of LGBT people, but is that framing correct? Is it true?

No, it’s not. In fact, the Obama administration also voted against or abstained from voting on similar resolutions. The difference is those resolutions didn’t include sexual orientation specifically.

In fact, as Buzzfeed points out, the United States has never supported any UN resolution that condemns the death penalty.

The measure was far larger than “Don’t kill gay people please.” It goes so far as to acknowledge “the death penalty is a form of torture or other cruel, inhuman or degrading treatment or punishment” and aptly points out that it is often used against political dissidents, the poor, people with disabilities, women, LGBT people, and people of a different religion than the authorities.

The United States supported two amendments that Russia offered to the resolution – despite the country’s notorious crackdown on LGBT people and draconian laws that send people to prison for “gay propaganda.”

Groups like the Human Rights Campaign didn’t help with the misunderstanding by offering up statements that only leads to more confusion.

“Ambassador Haley has failed the LGBTQ community by not standing up against the barbaric use of the death penalty to punish individuals in same-sex relationships,” Ty Cobb, director of Human Rights Campaign Global, said in an emailed statement. “While the UN Human Rights Council took this crucially important step, the Trump/Pence administration failed to show leadership on the world stage by not championing this critical measure. This administration’s blatant disregard for human rights and LGBTQ lives around the world is beyond disgraceful.”

But in 2014, then-UN ambassador Keith Harper voted against a similar measure, saying, “International law does not prohibit capital punishment when imposed and carried out in a manner that is consistent with a state’s international obligations. We therefore urge all governments that employ the death penalty to do so in conformity with their international human rights obligations.”

In the end, that’s all this resolution did as well. It pointed out that several countries discriminate when they choose to execute a prisoner and politely requested that those states who still use the death penalty be conscious of the implicit bias that permeates the entire endeavor.

And if there’s one thing the US has always rejected – no matter the party in control of the White House – it’s the notion that we treat our prisoners horribly and apply punishments unfairly. See: People of color.

Racial minorities are also included in the laundry list of people affected by the travesty that is state-sponsored execution, but black media outlets aren’t making the same outrageous claims that LGBT media is. But then again, most LGBT media outlets still have a hard time remembering there are queer people of color too.

It’s easy to jump to conclusions and Trump is an easy target thanks to his own record. But let’s think big picture and realize this isn’t about ISIS throwing gay men off rooftops. This is about the United States government continuing to back its “right” to torture its citizens to death in the face of international disgust.