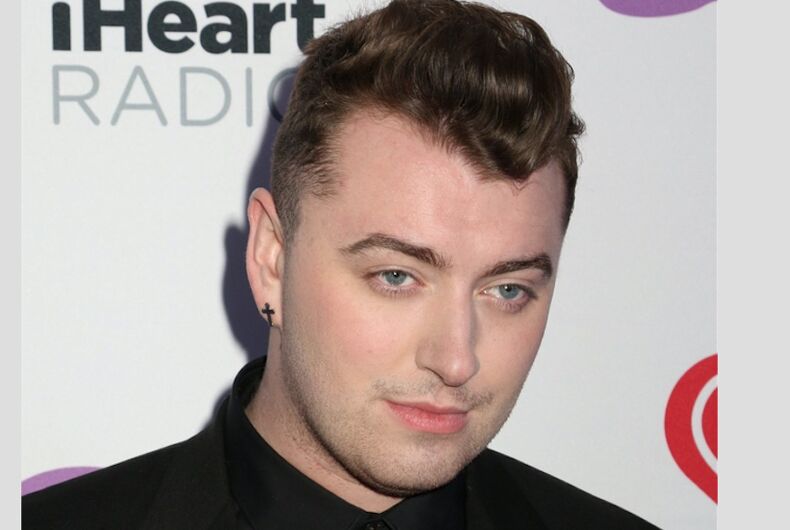 Sam Smith’s dry spell looks to be over: The pop star has been photographed making out with none other than 13 Reasons Why star Brandon Flynn.

Smith recently released a new track “Too Good at Goodbyes” on Sept. 8.

“It’s been a long while since I’ve put any music out,” he says of the song, “and I feel that this first single sets the tone of what is to come.”

“The song is about me and about a relationship that I was in,” he told Beats 1. “I think I’m even more single than I was when I released In the Lonely Hour… I’m insanely single.”

SHUT UP SAM SMITH AND THE GUY FROM 13 REASONS WHY pic.twitter.com/LboFz7tbgJ

Well, it looks like his love life is certainly back on track, no?

Smith has a lot to celebrate right now: On the heels of a new album, he’ll be the musical guest on this week’s episode of Saturday Night Live.

Is it possible the two are making an intentional statement as they kiss and hold hands in front of the cameras? Make America Gay Again!