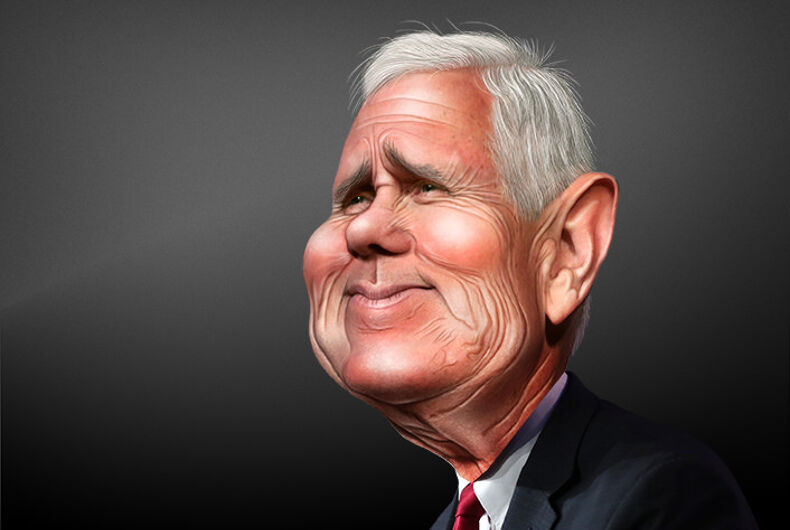 Vice President Mike Pence’s spokesperson pushed back against The New Yorker piece that claimed President Trump “joked” that Pence “wants to hang” all gay people. What they won’t say is that he doesn’t actually wish death on LGBTQ people.

“Articles like this are why the American people have lost so much faith in the press,” Alyssa Farah, press secretary for the vice president, told the Washington Blade. “The New Yorker piece is filled with unsubstantiated, unsourced claims that are untrue and offensive.”

When the Blade responded to clarify whether Trump’s claim was one of the “untrue and offensive” claims, Farah didn’t respond.

Pence has a history as a right wing extremist member of Congress and radio host. He has opposed nondiscrimination protections for LGBTQ people, supported a federal constitutional amendment that would have banned same-sex marriage, opposed the repeal of “Don’t Ask Don’t Tell,” and opposed a federal hate crimes law.

As Governor of Indiana, Pence infamously signed into law legislation that would allow businesses to refuse to serve LGBTQ people, spurring a nationwide backlash. When Pence appeared on television to defend the law, he repeatedly refused to say whether or not the law would allow for discrimination and whether or not he supported nondiscrimination protections for LGBTQ people.

The black eye the law gave the state tanked Pence’s chance of reelection. Most pundits thought his political career was over until Trump offered him the VP spot in order to shore up the support of the religious right.