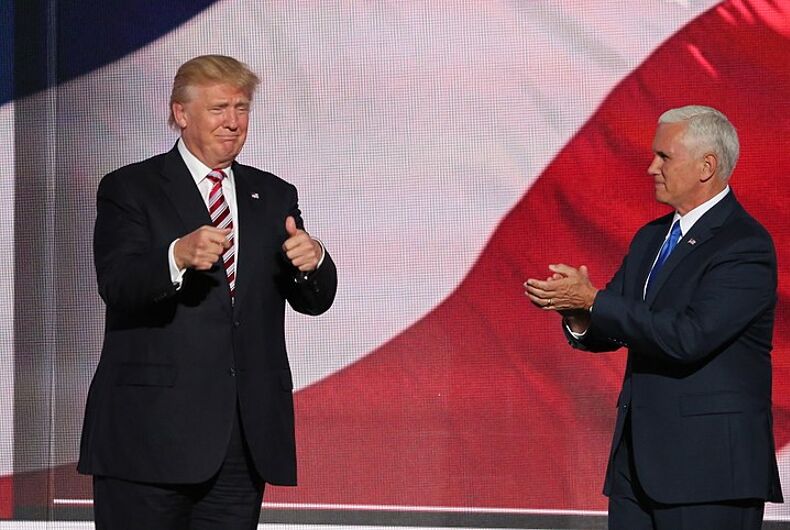 The revelation comes buried in a feature by The New Yorker about the dangers posed to progressive ideals by a possible President Pence, if (and it’s starting to feel like when) Trump is removed from office (bolding ours):

“[A]ccording to a longtime associate, Trump also likes to “let Pence know who’s boss.” A staff member from Trump’s campaign recalls him mocking Pence’s religiosity. He said that, when people met with Trump after stopping by Pence’s office, Trump would ask them, “Did Mike make you pray?” Two sources also recalled Trump needling Pence about his views on abortion and homosexuality. During a meeting with a legal scholar, Trump belittled Pence’s determination to overturn Roe v. Wade. The legal scholar had said that, if the Supreme Court did so, many states would likely legalize abortion on their own. “You see?” Trump asked Pence. “You’ve wasted all this time and energy on it, and it’s not going to end abortion anyway.” When the conversation turned to gay rights, Trump motioned toward Pence and joked, “Don’t ask that guy—he wants to hang them all!”

There has long been speculation that Pence was the driving force behind efforts like a rumored executive order on religious freedom, which would grant a license to discriminate for anyone who can cite religious objections for their actions.

Related: Forget about impeaching Trump, Mike Pence would be worse

Pence was at the forefront of the issue when, as governor of Indiana, he signed a religious freedom law that proved so unpopular he was forced to backpedal and remove its teeth.

The executive order that Trump signed disappointed many conservative activists for not going far enough, as it was primarily just concerned with making it easier for religious groups to enter into the political arena without restrictions despite their nonprofit status.

However, Sessions recently issued religious freedom memos, satisfying the demands right-wingers had been making. It was the latest in a continued attack on the LGBTQ community.

The Trump administration is so against us, in fact, that it went so far as to pull support from a ceremony at the Stonewall National Monument, and to ensure that a rainbow pride flag would not go up on federal land.

One thing is abundantly clear: Both a President Trump or a President Pence in the Oval Office spells certain disaster for the LGBTQ community.

Is Jeff Sessions intervening in a transgender hate crime case as a publicity stunt?