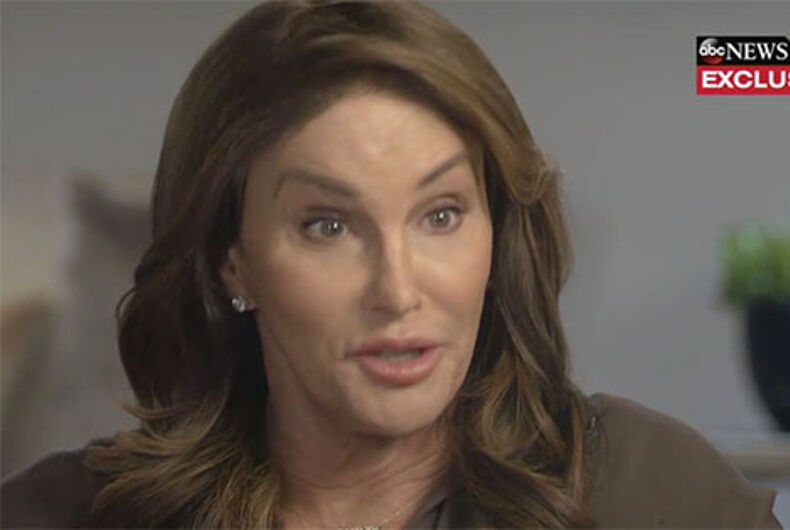 After St John’s Well Child & Family Center announced they would be giving Caitlyn Jenner an award at at the TransNation Film Festival’s Eleganza gala, the trans internet has risen in revolt. A new petition, called “Stop Dishonoring the LGBTQ Community By Honoring Caitlyn Jenner!!!“, has hundreds of signatures with more rolling in regularly.

Ashlee Marie Preston, the petition’s sponsor on behalf of Trans Liberation Now, says she is tired of LGBT organizations honoring Jenner as a hero for the community, saying she has been “nothing but harmful to the LGBTQ community.”

Preston lists the many reasons why Jenner is a problematic would-be icon for the trans community. From her (wavering) support for Donald Trump to her continued opposition to marriage equality and subsequent attack on Ellen DeGeneres, the laundry list of reasons is noteworthy and on point.

It also notes that the organizer of the film festival is also the president of The Caitlyn Jenner Foundation.

“Caitlyn has given small donations ($25,000-$50,000) that are only a fraction of what she makes purely on the annual interest of her reported net worth of $100 million dollars. Her tax breaks mean more to her than the issues that affect the LGBTQ community and our overall wellbeing. Her contributions do not make up for her awful track record and the massive amount of harm she has caused to the transgender & LGBTQ community at large,” the petition reads.

“The LGBTQ community has given Caitlyn Jenner SEVERAL attempts to right her wrongs, but her cognitive dissonance and stubborn arrogance have prevented her from formally apologizing to us and vowing to do better.”

The organization specifically calls on St John’s to rescind Jenner’s award, but it definitely has a larger audience. Queer orgs have tripped over themselves trying to find a way to “honor” Jenner to sell tickets to fundraisers.

“We will NO LONGER be Caitlyn Jenner’s PR props or puppets to her propaganda!,” the petition reads. “We will NOT continue to allow her to pimp our narratives out for profit, an[d] use us as social experiments that she can mold into an extension of the Kardashian brand.”

“We will NOT allow her to bully her way into safe spaces that are designated for those whom her political & social efforts have harmed!”

Let's put a stop to this once and for all! ✊🏾🏆✨💫 The LGBTQ+ community is done centering Caitlyn Jenner in the few sacred…

This woman beat & starved her girlfriend. The judge gave her what she deserves.