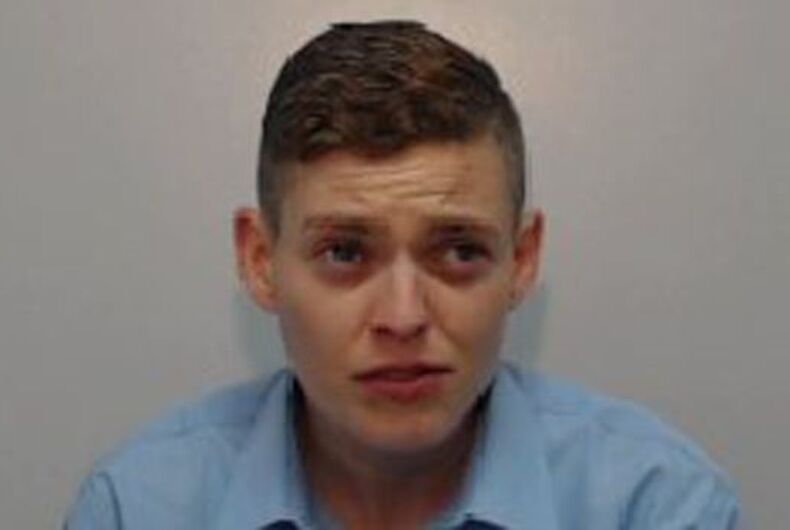 A judge sentenced Becky Reid, 32, to life in prison with a minimum of 20 years for the horrific abuse and murder of her girlfriend Lyndsey Vaux, 30.

Vaux moved in with Reid in Wigan, near Manchester, England, in 2011. The court heard how she was a “happy and healthy” mother of a little girl before that relationship.

The prosecutor described the relationship that followed as “years of controlling, abusive, cruel and violent behavior.”

The autopsy identified 90 separate injuries, including broken ribs and leg injuries. A friend of Vaux who testified in court said that the victim looked like “the elephant man” and like she was “hit by a bus.”

Reid would force Vaux to beg for money in public and refused to let her back in the home if she didn’t earn enough cash. Witnesses said that they saw her begging with bruises on her face.

Reid also controlled Vaux’s food. The prosecutor said that she lost half her weight during her time with Reid, with witnesses saying that she looked “gaunt.” A local store manager said she saw her looking for food in the dumpster and sometimes collecting cigarette butts on the street.

“She would often be seen walking around the streets without shoes or appropriate clothing, sometimes in flip-flops and T-shirt in the pouring rain,” the prosecutor said. “She would appear to be trying to get back into the house, and it would seem that somebody within was refusing her entry.”

One of Vaux’s friends even told the court that Becky Reid’s mother Gillian Reid said that they were trying to kill Vaux.

While her friends and family tried to get her to leave the relationship, they said that she would always go back and often made excuses for the abuse.

A neighbor reported that he saw her lying barefoot in the yard with blood on her face at around 10 PM on May 21, 2016. She didn’t move until she was dragged back inside, and the door slammed shut.

Another neighbor said he heard Reid shouting at Vaux to come back into the house at around 4 AM.

A third neighbor said she was woken up by banging and screaming coming from their home just after 5 AM, which is right before Gillian called an ambulance.

Vaux died an hour after paramedics showed up.

During the sentencing, the judge addressed Vaux’s now twelve-year-old daughter. “I’m sure that deep down she still loved you. You must remember your mother did not abandon you, she was taken away by the actions of another person. Everything I have heard is: she was a really decent, kind, loving human being.”

Reid was also found guilty of assault on a previous girlfriend, who prosecutors said was beaten in about 50 incidents between 2004 and 2008 and then stalked by Reid until 2011.

The mother Gillian was also charged with murder but was not found guilty. She was instead convicted on charges of assault and was sentenced to twelve months in prison.