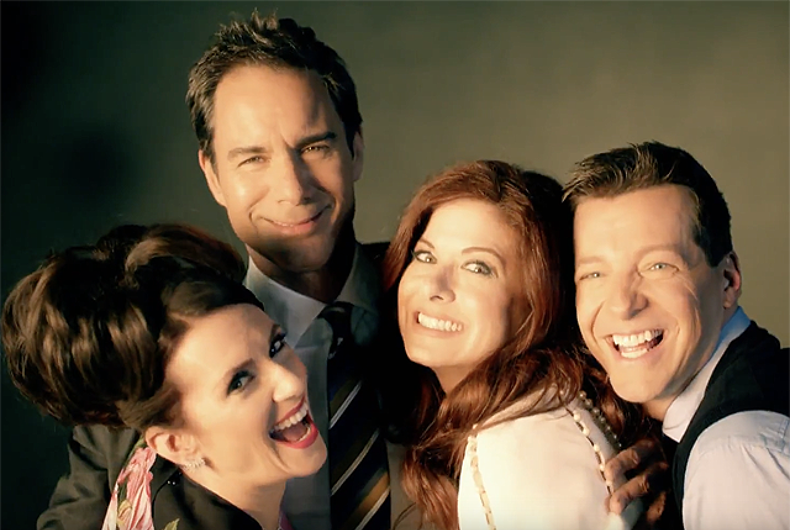 If it wasn’t already obvious that NBC is excited about and confident in its revival of Will & Grace, allow the new extended “first look” preview drive the message home.

The pop culture juggernaut’s reboot is already renewed for a second season, and the cast is back to where they began, bringing fans what they loved about the show in the first place.

As we saw in a previous ad, Jack (Sean Hayes) hasn’t mellowed with age, and as we see from this spot, neither has Karen (Megan Mullally). We wouldn’t want it any other way.

Will (Eric McCormack) and Grace (Debra Messing) are back living together once more, with Jack living across the hall.

“We just get back to business,” McCormack says in the preview.

“I think it’s really nice that we seem to have fans that are just as excited as we are,” says Mullally. She adds that the new episodes are “just as good, if not better, than anything we have done.”

Check out the new Will & Grace preview below and tell us if you’re excited for the new season, starting September 28, in the comments below.

Walmart guilty of discriminating against another transgender woman

Miley Cyrus got emotional on ‘Ellen’