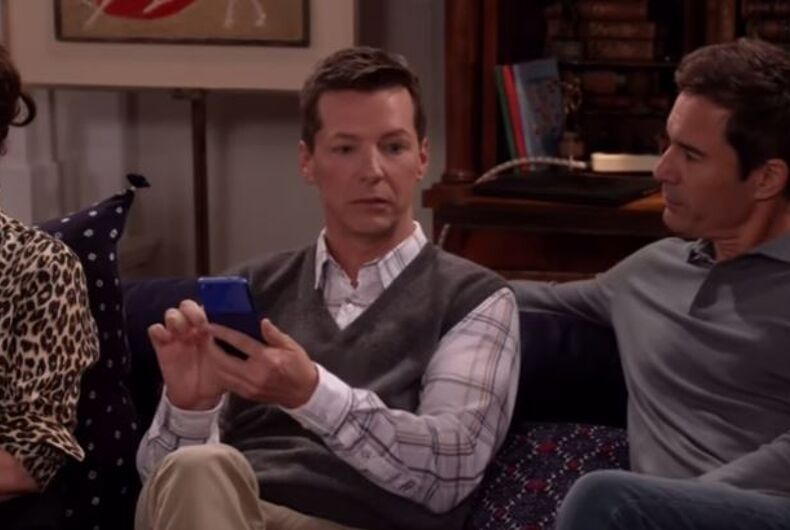 One of the reasons fans want to see their shows brought back is to know how their favorite characters would respond to the changing times.

NBC is giving everyone exactly what they want with its new promo for the revival of Will & Grace, returning to the airwaves for the first time since 2006, for a 16 episode run starting September 28.

After hitting us with some clips from the past, working up the nostalgia, we get a glimpse of the new season, with Jack giving his take on Grindr.

“Grindr has gotten so skanky,” he says. “I feel like I could get finger herpes just from scrolling.”

There is also a shot at Newt Gingrich, whom Will describes as having “aged into a lesbian.”