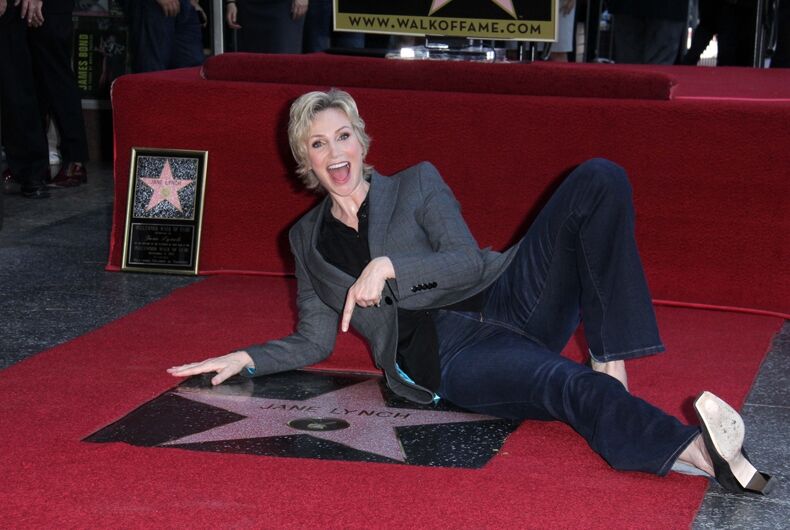 While LGBT people are in a tizzy waiting on the Will & Grace revival to come back to NBC, the stars have been teasing fans with photos and gossip from the set.

While the original cast is returning to the revamped show, news has slowly leaked that some of the most popular guest stars will also come back to the series. Bobby Cannavale, Minnie Driver and Harry Connick Jr. have all confirmed they will be returning to join Eric McCormack, Debra Messing, Sean Hayes and Megan Mullally.

Now the Hollywood Reporter is sharing the news that Jane Lynch and Andrew Rannells will also be joining the revival, but no one knows why.

The details are being kept a secret according to the site, but it has been confirmed that they will appear in the same episode.

The series will kick off a 16 episode run on September 28. It has already been renewed for a second season.

Milo Yiannopoulos lies about his house getting destroyed by Hurricane Irma

Why have LGBT orgs filed 3 lawsuits over the trans military ban? What’s the difference?