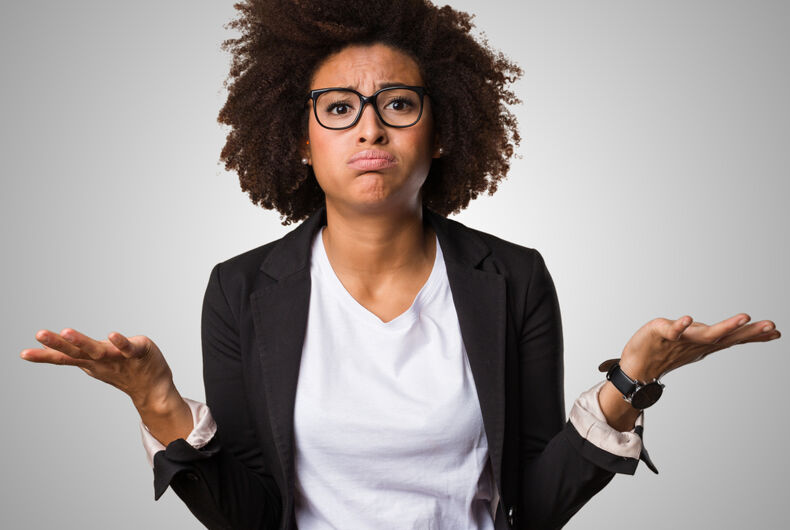 Much has been written recently about the transgender military ban. It prevents our brave trans service members from continuing to serve. It bars others from enlisting. Regardless of how one may feel about war and peace, if there is to be a military, saying that transgender people aren’t fit to serve is tantamount to saying we are second-class citizens.

There have been many dialogues on the issues of military fitness, medical needs, fighting readiness and cost. There has been much consideration of what this means for us as a country, for transgender people as a community, and for the LGBT rights movement. There has, however, been little discussion of what, exactly, the Constitution forbids. What is so legally wrong about the trans military ban?

It’s unfair, yes, but the law has never been about fairness alone. It’s a set of rules, sometimes fair, sometimes arbitrary, sometimes set by corporate lobbyists who want to make money, and sometimes pushed by social justice advocates who are well-meaning but working from flawed data. It’s important to understand there are deep and abiding principles of American law, enshrined in the U.S. Constitution by political theorists trying to make a new kind of government for and by the people, that the trans military ban violates.

There are now three separate federal lawsuits now pending against the government to overturn the trans military ban. These have been brought by NCLR and GLAD, Lambda Legal, and the ACLU. Why are there three? Firstly, you may view these organizations as The Movement, but each has its own culture and orientation and viewpoint of how best to win this. Sometimes they don’t agree, and sometimes they want to make their own splash. Each suit makes slightly different arguments. Each is brought in federal courts in different states (Washington State, D.C. and Maryland).

Are We Equal Yet?

Less well known, but perhaps even more important, is the principle of due process. It is the principle that the government may not deprive any person of life, liberty, or property, without due process of law. What are the legal processes the government owes us? “Due process” is not merely ensuring that there are procedures of some sort. “Liberty” is not limited to freedom from prison. It extends to the full range of conduct which the individual is free to pursue, such as serving our country in the military.

This “due process” principle ensures that those procedures must be fair. They must be consistent with other constitutional rights. One of those is the right to be free of government interference in making private and personal life choices, often shortened to the right to privacy.

I’ve argued that the due process principle includes your right to determine your gender identity and expression free from government interference. (See some examples here and here.)

If so, telling trans service members that they can only serve in the military if they hide their gender identity violates the due process of law.

Jane Lynch will guest star in the ‘Will & Grace’ revival