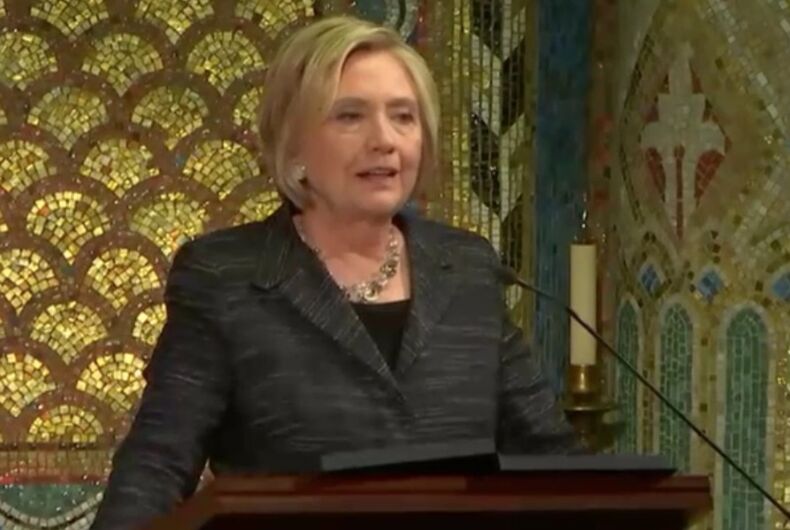 Windsor, who passed away Tuesday at age 88, is best known for her 2013 Supreme Court victory that overturned the Defense of Marriage Act.

Clinton recounted the life of Windsor, including her time working for IBM when very few women worked in technology and her 40 year relationship with Thea Spyer.

“Their devotion to each other was its own quiet revolutionary act,” she said.

She wanted Windsor to be remembered not just for her activism, but also for the attitude that made it possible. “She refused to give up on the promise of America,” she said. “There wasn’t a cynical, defeatist bone in her body.”

The former presidential candidate attributed part of her personal politics to Windsor, saying that with her Supreme Court victory, “she helped change hearts and minds, including mine.”

On Wednesday, Barack Obama posted a tribute to Windsor on social media.