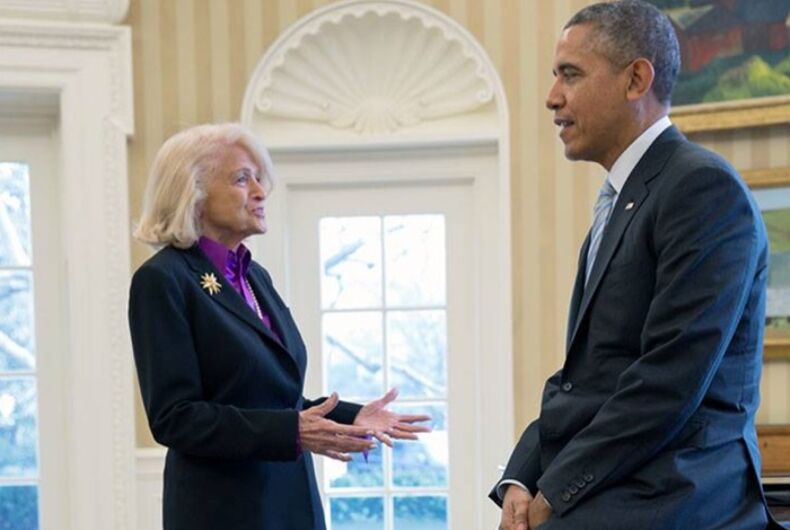 Marriage equality hero Edie Windsor passed away yesterday at age 88 and the internet was quickly flooded with tributes to the civil rights icon. None, however, reached the heights of former President Barack Obama’s heartfelt memorial.

America’s long journey towards equality has been guided by countless small acts of persistence, and fueled by the…

When he came out to his future roommate, this young man got quite the surprise

Milo Yiannopoulos lies about his house getting destroyed by Hurricane Irma