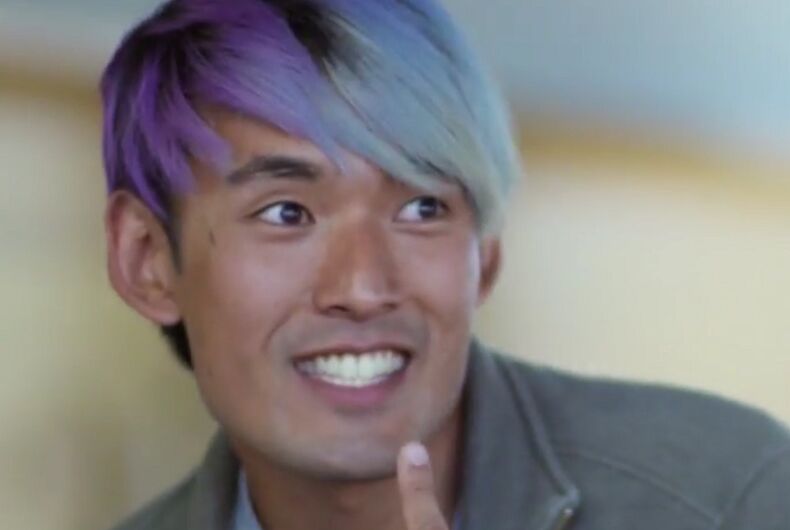 Grindr has a new series called “What the Flip?” where gay and bi men swap profiles and see how others react to them.

In the first episode, a white, blue-eyed boy trades profiles with an Asian guy. The white guy receives few replies and was even called a “chink” by someone on Grindr, while the Asian guy using a white profile was inundated with offers for hook-ups.

At one point, the white guy asks what a “rice queen is.” The Asian guy says, “When I hear the term ‘rice queen,’ I immediately roll my eyes.”

This swap makes the racism on dating apps pretty stark. It’s not just that some people prefer to date some races over others, it’s that a really large percentage of people prefer to hook up with one race.

The other reason, though, is that white people generally don’t like it when others talk about racism that they participate in.

But having a preference for a certain race is different from preferring a certain gender. The reason researchers look for genetic and pre-natal influences on sexual orientation is because that’s the way many gay and bisexual people experience their sexual orientation, as something that was always there, in spite of social conditioning.

When it comes to race, though, it wouldn’t make sense to say that many people – including many non-white people – are born attracted only to white people. And an argument about how some white people are attracted to a specific racial minority – complete with a fantasy full of racist cultural baggage – because of their genetics would be ridiculous.

“It’s just a preference” is a knee-jerk response intended to shut down discussion, and it’s fundamentally incurious. When such a large percentage of people share a preference, it’s normal to ask where that preference comes from.

And when it comes to a systemic preference in favor of white people, racism is the most likely culprit.

Because this conversation is often taboo, it’s good that Grindr is bringing it up in a creative way.

Commentary
Grindr, Racism, What the Flip?

Conservatives are outraged by this cute potato ad