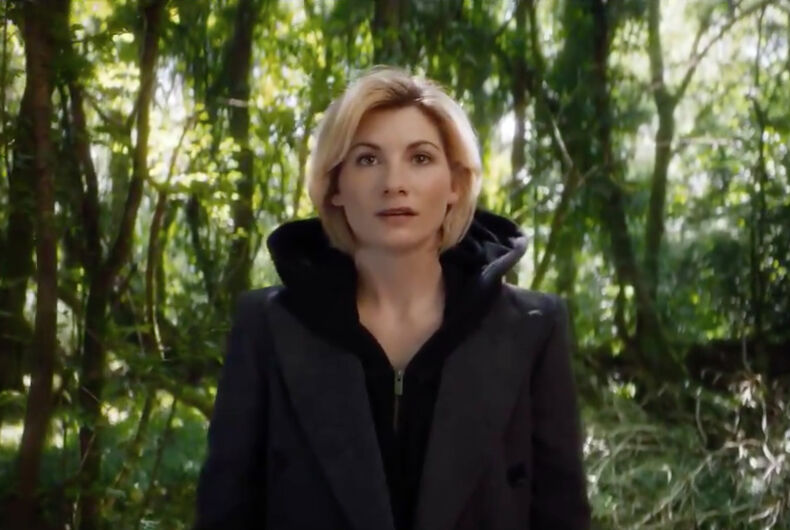 Doctor Who writer Gareth Roberts had something EDGY to say about transgender women’s names, casually dropping the slur “trannies” because he’s so EDGY.

I ❤️ how trannies choose names like Munroe, Paris and Chelsea. It's never Julie or Bev is it?

Is there any actual proof of this, or did he just read about Munroe Bergdorf this weekend and decided that she, Chelsea Manning, and Paris Lees represent all transgender women? And then he forgot about Chelsea Clinton and Paris Hilton?

Oh wait, I forgot that an EDGY observation from an EDGY person doesn’t have to have any relationship with reality since its truth is proved by its EDGINESS.

It's almost like a clueless gayboy's idea of a glamorous lady. But of course it's definitely not that.

It’s funny because gay boys are so stupid, what with their Grindr and their bubblegum pop and their glitter. AMIRITE?

Now he wants everyone to know that “The Rainbow People” are out to get him, using fascist tactics like “replying to his tweets” and “writing sarcastic posts on LGBTQ blogs.”

The Rainbow People are watching my every move now lads pic.twitter.com/FJFOiPwtBs

The icing on this cake? He pulled the “I’m gay or bi and therefore I can’t be transphobic” card.

Now, I don’t think that gay and bi men are more likely than straight men to be transphobic; what little information we have on that question suggests the opposite.

That doesn’t mean that gay and bi men can’t be transphobic. Or even homophobic.

And, really, pulling out your identity to show that something you said is OK instead of defending it on the merits is probably about as un-EDGY as you can get.

This whole thing does not inspire much hope that Doctor Who’s regeneration as a woman will be handled in a way that’s sensitive to transgender people.