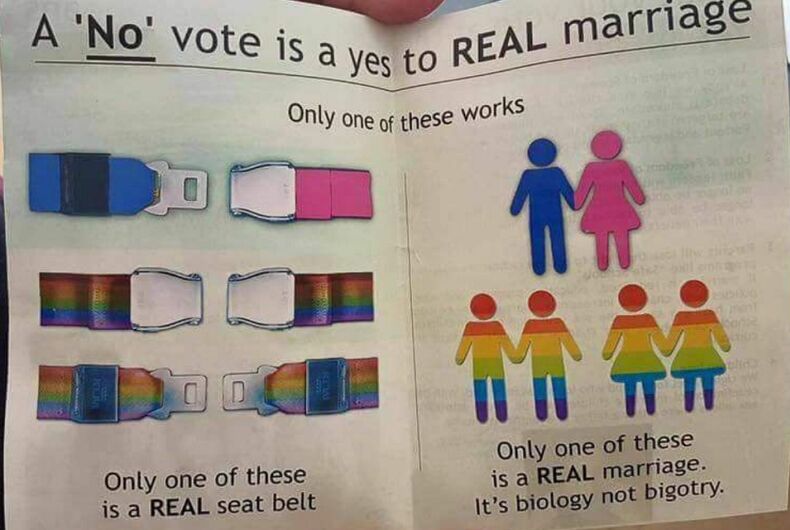 An anti-gay mailer in Australia uses seatbelts to explain why marriage equality is bad.

The mailer was sent to households to sway voters to vote “no” in a national, non-binding referendum on marriage equality.

Oh. My. God. They actually whipped out the seatbelt analogy. Received in letter boxes of Victoria this morning. Actually. Just wow. pic.twitter.com/1nOoZgT6of

The images were taken from a KLM ad for pride that was meant to be pro-LGBTQ.

It doesn't matter who you click with. Happy #PrideAmsterdam ?️‍? pic.twitter.com/ZTBHvCx1Pp

Since there is no logical argument against marriage equality, the “no” campaign is trying to make homophobia seem like a reasonable political position instead of something shameful.

At the same time, mainstream politicians and pundits in Australia are wringing their hands about how the discussion might not be “civil.”