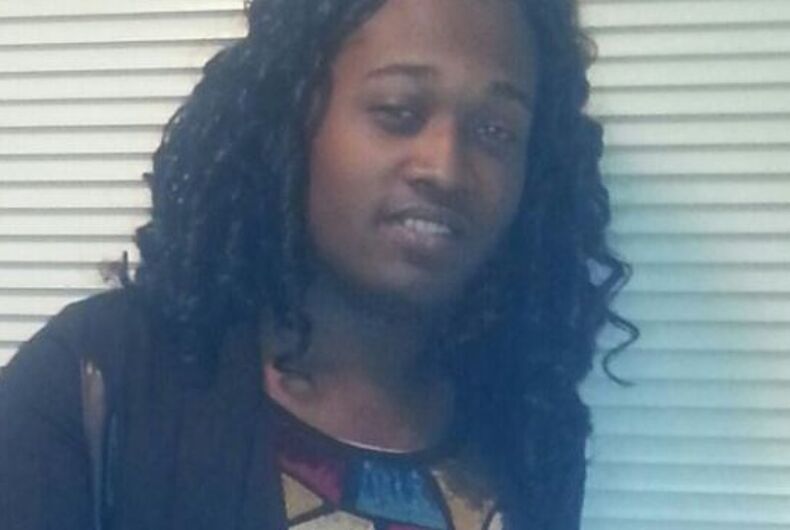 The night Derricka Banner, a transgender woman, was killed in Charlotte, North Carolina, there was a witness.

Montavious Sanchez Berry, 18, was quickly arrested after Banner’s body was discovered and police have now revealed how they identified her murderer so quickly. Banner’s friend, another trans woman who goes by the name Tooker, was hiding in the trunk of the car when Banner was shot to death because she was uneasy about meeting Berry.

Banner’s family and friends use male and female pronouns to describe her interchangeably.

Authorities say Berry killed Banner after they had sex. Berry was the last person Banner had texted and police found video of the two “engaged in sexual activity.” The video was shot 30 minutes before Banner was killed.

“He’s a coward, he doesn’t know who he is,” Tooker said. “He tried something, didn’t like it, and couldn’t live with it.”

Berry has been charged with murder, armed robbery, and shooting into an occupied vehicle.