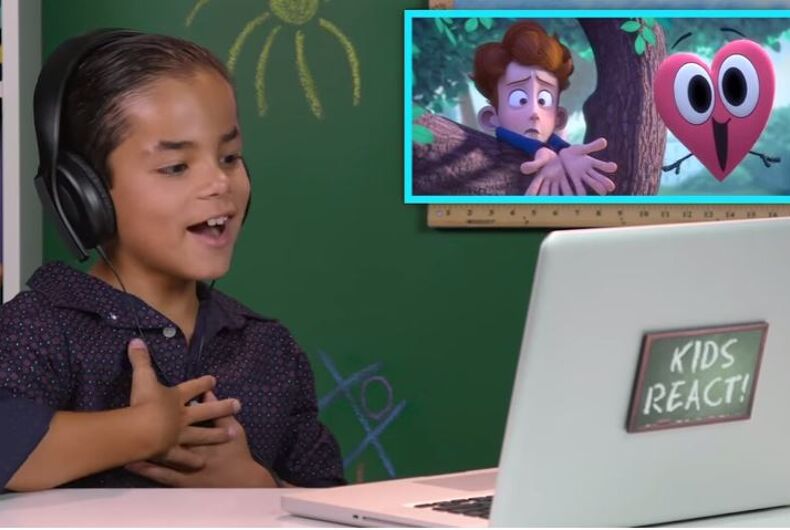 The animated short film “In a Heartbeat” took the internet by storm. It tells the story of a boy whose heart chases after another boy that he has a crush on, in spite of his best efforts to keep it in his chest and his feelings quiet.

So how would kids react to seeing this type of love story play out? A new video finds out, and it is perhaps the only thing more adorable than the short film itself.

Be prepared, because this reaction video might do the same.

“It’s not that they’re best dudes, it’s more than that,” Katrina, 9, correctly noted as the story began to unfold.

“It might teach some kids that…some boys can be with boys, some girls can be with girls,” Tida, 7, said after watching it.

“It’s really nice to see more cartoons like that, and I want them to make more, because then [kids] can know that it’s okay to be gay or lesbian. Because that is fine, because it’s the same thing as boyfriend or girlfriend, but it’s just two [people] of the same gender liking each other,” Lucas added.

Watch the reactions in the video below.

The same YouTube channel, Fine Bros Entertainment, also put out another video recently of older people reacting to “In a Heartbeat,” followed by a video of the short’s animators reacting to those reactions.

News
In A Heartbeat, Kids React

German magazine publishes the most brutal anti-Trump cover yet